The vast majority of people who have grown up in the Global North have had the fortune of never experiencing lethal conflict. Yet for nearly 200 million children around the world, living in a deadly war zone is their daily reality — a number that has increased by almost 20 percent in 2020, according to Save the Children. Filmmaker Cinzia Angelini hopes that her short film, Mila, will raise awareness of the impact that armed conflict has on innocent civilians and the next generation.

Angelini wove together her mother’s and relatives’ memories of Trento, Italy during the height of World War II — ultimately bridging her personal heritage and professional passion as an animator. Supported by UNICEF Italia, the 20-minute short follows a young girl immediately following an air raid; simultaneously losing everything and finding hope in a complete stranger.

“[The story of Mila] is more of a sentiment of how my mom felt in the middle of bombings and how she couldn’t think or move or do anything. She was really terrified and frozen by fear. I always thought about what impact war has on kids’ lives. Those moments of tragedy, how are their lives affected by that? That’s the core of the film,” says Angelini.

So, how did Angelini bring together hundreds of people to give their time for free? According to her, it comes down to the universal resonance and relevance of Mila’s message.

“Artists really want to love the project they’re working on in their free time. The fact that Mila has such a strong message against war brought people in and they fell in love. And then it spread by word of mouth,” explains Angelini.

Seen through the eyes of a child, she hopes that using animation as a medium will make Mila’s message about armed conflict more accessible to both younger audience members and their parents — sparking conversations in the moment and positive changes in the future. She wishes that viewers of all ages find inspiration in kids’ ability to cope with tragedy. And to find hope in the face of despair and destruction.

“I think animation is so special because it’s the first medium we fall in love with as kids. What you experience as a child always stays with you,” says Angelini.

She continues, “Animation touches a special cord in everybody’s soul. When you look at difficult things through animation, it’s like taking it almost from a poetic angle. Live action is great, but I think you can interpret very difficult things through animation in a very creative and awesome way that has even more of a chance of touching people.”

Music is almost as important as animation in the film’s educational and empathy-building powers. Angelini chose not to have any dialogue in order to make Mila even more universal, instead working with a full orchestra in Italy who volunteered two days to play an original score composed by Flavio Gargano. Incredibly, they performed and recorded everything live with the film screening behind them.

Given that Mila was also animated entirely by volunteers, Angelini admits there were significant pipeline challenges; particularly in the first half of the last decade, when collaborative tools were not as widespread and working remotely was not yet the norm. At any given time, she estimates there were 80 different people working on the short. Fortunately, they discovered that they could take advantage of time zones and have a pipeline that was active 24/7.

The crews were supported by Cinesite, who offered production support beginning in 2019. Given the size and scope of Mila, they were invaluable in helping it cross the finish line in terms of lighting, rendering and more over the course of 10 months. In doing so, they had to harmonize their independent pipeline with Cinesite’s established one.

“It was incredible the amount of beauty and love that the Cinesite artists put into Mila, while still respecting all the work that had been done in the prior 10 years. I think it’s amazing that we were able to bring these two worlds together,” notes Angelini.

In exchange for all the volunteers’ hard work, Mila offered animators not only a feature film-quality portfolio piece but also membership into a global family of artists who could and would support them; whether it be through letters of recommendation or introduction to contacts. Angelini notes that many went from students to studio leads over the course of production.

For her, supporting and mentoring women in the industry is both personal and paramount: “A milestone in my life happened when I was showing my portfolio just after school to one of the Italian studios: it was some clean-up drawings, but I always wanted to be an animator. The person I was interviewing with said, ‘You’re a woman. You can either do background colouring or clean up. Why do you want to go into animation?’”

“I wanted to be an animator. I realized very soon that I was not going to listen to any negativity coming my way. So I was just gonna do my thing and keep my head down, and I did. When you have something like that happen early in your career, it can really impact you heavily. So, I’ve always supported women in the industry.”

Fortunately, Angelina’s story has a happy ending. She now works at Cinesite, where nearly 45 percent of animators on its upcoming feature are women. Angelini is hopeful that Mila will be nominated for an Academy Award. And she hopes to someday have the budget to turn the short into a full-length film, to carry its message even further.

“Awards and prizes are amazing, but the most important thing for me is knowing that people are watching Mila and learning. We always said that all the effort of the last 10 years was worth it if we even change one future decision maker; one kid that watches Mila that will be a future president or diplomat. Someone that will make a difference,” says Angelini.

What advice would she give to animators hoping to follow in her footsteps? Much like Mila, hers is a message of hope: “If you’re going to do the independent route, you need to know that it’s very difficult. And you have to believe in your project. If you believe in it, everybody will believe in it. If you’re really passionate about what you’re doing, just keep your head down and keep going. People who really believe in you will come your way.” 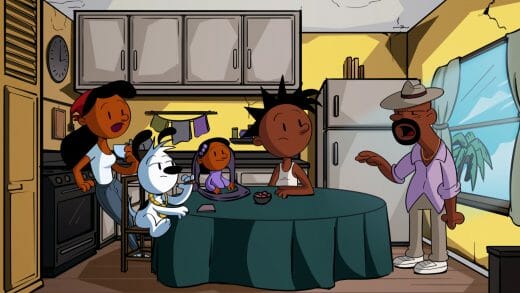 Noah Cutwright on Kickstarting The Carsons

Crowdfunding is an increasingly viable avenue for animators getting their productions off the ground. By pitching to the public, artists can get the fin ... 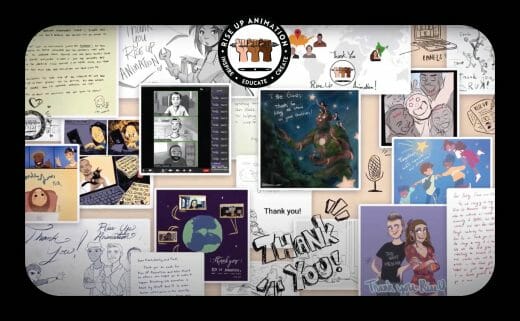 The murder of George Floyd at the hands of a police officer, caught on camera, was one of many defining moments for the Black Lives Matter movement in 2 ...