Autism rates in the United States are on the rise, with the Center for Disease Control (CDC) reporting 1.7 percent of eight-year-olds were on the spectrum in 2014 — up from 1.5 percent in 2012. As this population gets older, finding work can be difficult, with 85 percent of American autistic individuals unemployed or underemployed. Fortunately, visionaries like Dani Bowman are using animation to create opportunities for people with autism, offering lifelong creative career skills and the chance to engage in an international, impactful industry.

Based in Los Angeles, Bowman herself is an animator on the autism spectrum. She started working with Toon Boom animation software 10 years ago at the age of 14 with the goal of starting her own production company employing people with special needs, particularly those in the autistic and neuro-diverse communities. Today, Bowman is the founder and chief creative officer of DaniMation Entertainment.

“Many people with autism are very creative and love the arts and animation, and can be extremely focused. We are untapped resources and I am making it my life’s goal to give our community a platform to show just how creative we can be,” says Bowman.

Through classes and camps, DaniMation Entertainment empowers young adults with autism to pursue their animation production passions — whether as a hobby or working towards a professional career. Ultimately, Bowman hopes to help them develop the vocational and social skills needed to contribute to society. Toon Boom Animation has been DaniMation Entertainment’s long-term sponsor, providing the software to make the company’s animation productions and classes possible.

“Toon Boom’s animation tools allow our students on the autism spectrum to pursue their dreams in a way that they never thought was possible,” says Bowman.

She continues, “This also helps our students develop their skills, which will hopefully help them in the long run by developing a career that could sustain them as adults.”

Over her career, Bowman has premiered eight award-winning animated shorts, a PSA and a music video at San Diego Comic Con, including her senior thesis The Audition — starring actress Debi Derryberry, the voice of Jimmy Neutron. She graduated with a Bachelor’s of Fine Arts (BFA) in Animation in May 2018 from Woodbury University, and is continuing for her Master’s of Business Administration (MBA) in Management and Leadership.

As Bowman has thrived, so has her company; DaniMation Entertainment has taught over 1,000 kids, teens and young adults on the autism spectrum and with other related disabilities the principles of animation using Toon Boom Harmony. This has been through summer film camps  including Joey Travolta’s Inclusion Films (he’s John Travolta’s older brother), VSA Florida’s Animation Gets Real and locally in Los Angeles during the fall and spring with Spectrum Laboratory, among others.

At Joey Travolta’s Inclusion Films camps, Bowman teaches an average of 50 young adults how to animate opening and closing sequences in Toon Boom Harmony for the live-action films they develop each summer. DaniMation Entertainment has held classes at VSA Florida’s Animation Gets Real for the past five years. She teaches 25 to 30 students with autism and other disabilities in Tampa, and the same number in Miami, to produce 30-second animated shorts in Toon Boom Harmony Essentials.

“Learning how to animate in Toon Boom animation software may seem overwhelming at first, but I work with students at their own pace to easily learn how each tool works,” says Bowman.

Not only is Bowman’s work seeing real results, but also recognition. This past summer, Dani Bowman received a Certificate of Appreciation from the Miami-Dade County Office of the Mayor and Board of County Commissioners for teaching animation to students on the autism spectrum.

At Spectrum Labs last year, Dani and her students created a fully animated music video titled Be a Friend that premiered at San Diego Comic Con along with her Junior thesis Hide & Shriek and some of her pupils’ individual projects — all produced in Toon Boom Harmony. She is continuing her work with the organization’s Saturday Animation Workshop two semesters a year. Bowman is currently leading four students in the Advanced class as a team, developing content to support other Spec Labs entertainment projects.

Team members include Faith Butterfield (character designer, assistant animator, and background artist), Bella Diorio (main animator), Shane McKaskle (colourist) and Ben Avchen (background artist and editor) — all of whom are contributing to the class project and developing their own individual work as well. Bowman serves as the animation supervisor, clean-up artist and editor of the final piece given her nine years’ experience with Toon Boom animation.

In the beginners’ class, five other students are learning the foundations of Toon Boom Harmony Essential animation, starting with the basic tools, the bouncing ball, walk cycles and animation timing. With Bowman’s supervision, they will eventually create their own 30-second project.

“We are really thankful to Toon Boom for providing the animation software to make all of these productions possible, allowing our students to open their minds and bring their creative sides to life,” says Bowman.

She continues, “There are other animation software, but Toon Boom Harmony is ranked the best 2D animation software to use. My students find it easy to not only learn the tools, but also transition from other software they may have used previously while staying within industry-based standards.”

In order to continue growing and meeting demand, DaniMation Entertainment is hosting its own fundraiser to expand the company, the number of students it can reach and animated productions they can do. Bowman also hopes to develop scholarships for young people on the autism spectrum to enrol in her future animation classes as well as providing computers and equipment to help them get their careers started. No matter where DaniMation Entertainment goes and grows next, one thing is certain: Toon Boom Animation will continue to sponsor and support its journey. 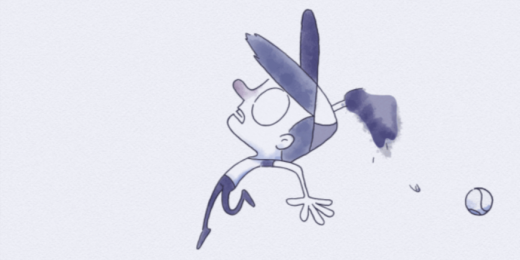 Marty Walker is a busy guy, serving as an animation director at the Atlanta outpost of Bento Box Entertainment — the renowned 2D studio behind hits lik ...