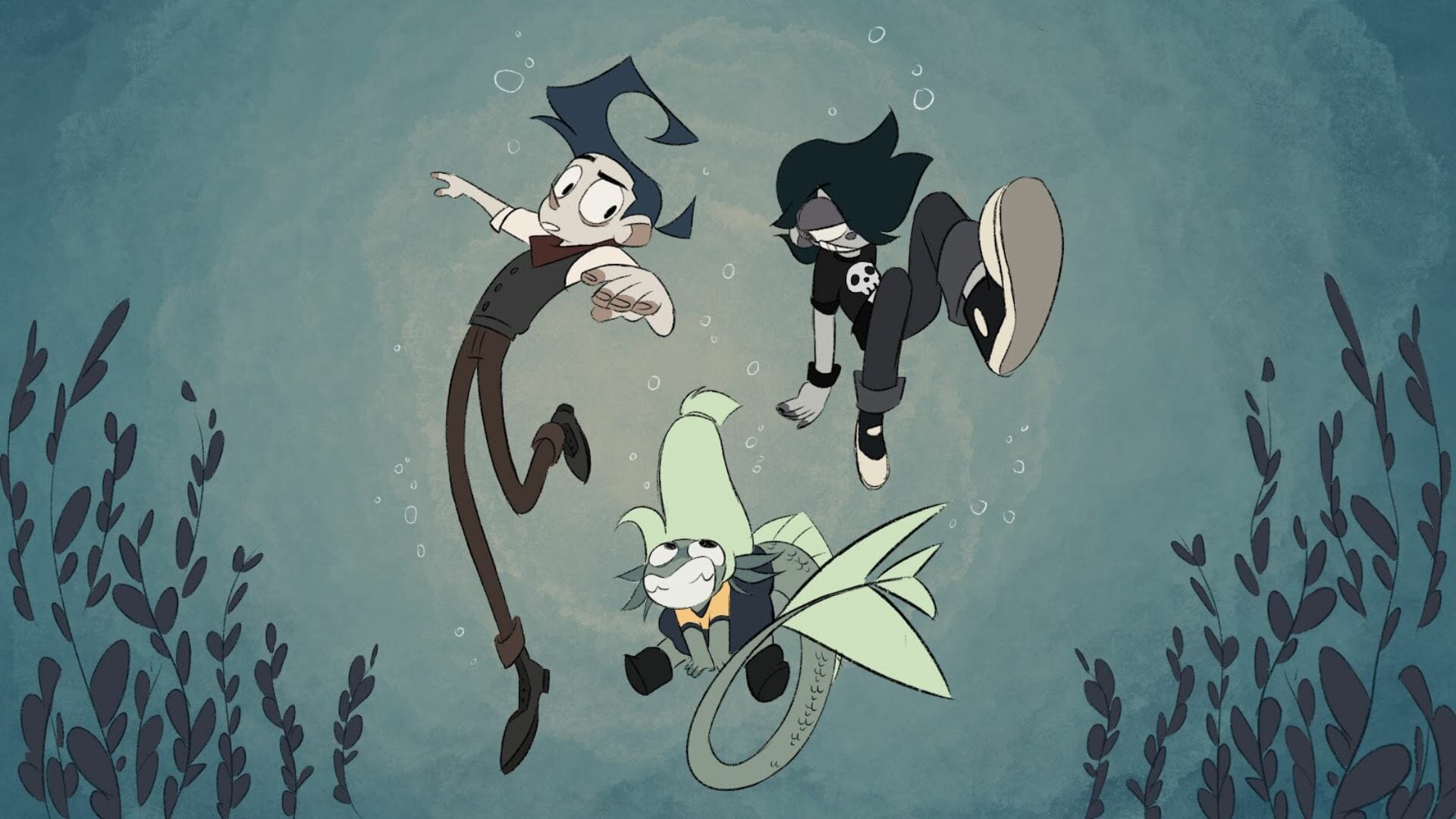 An animation student’s thesis film represents a culmination of the skills they developed at school, and is also an opportunity to create a fully realized animated project. If their storytelling is strong, that film can lead to a studio job or serve as a platform to pitch their creative visions. For animator Nico Smania, it led to both.

Sheridan College alum Smania’s thesis film, Scattershot, attracted significant attention both on his graduating class’ industry day and online — with over 1.1 million views on YouTube. He credits his small-but-dedicated Instagram following with helping it go viral. The team at Mercury Filmworks loved Scattershot so much, they gave it their annual award for thesis films and offered Smania a position.

Smania was encouraged to develop Scattershot’s characters and the universe they inhabit, Port Harbour, into a pitch by Mercury Filmworks’ chief content office, Heath Kenney. He then decided to enter, and ultimately won, the Pitch THIS! competition at the Ottawa International Animation Festival in 2021. Now Smania is looking to develop Port Harbour into an animated series, blending fantastical characters with relatable stories, themes of individual identity and LGBTQ+ experiences.

We caught up with Nico Smania to discover more about his experience animating Scattershot using Toon Boom Harmony, pitching Port Harbour and what’s next for the universe he is building.

Hi Nico! Can you tell us about how and why you got into animation?

In grade 10, we had to take a career test and I got animator. Before that I wanted to be a mechanic. I’ve always liked drawing, music and writing, and I hadn’t even considered animation as a career. When I figured that out, it was like all my favorite things in one. I heard that Sheridan was a really good school for it, so I just worked on getting in there. Once I did, I fell more and more in love with animation.

We had our industry day at Sheridan and Mercury Filmworks emailed me. They were my dream studio because I absolutely love the work that they do and 2D rigged animation is my specificity. When they interviewed me and wanted to hire me, it was surreal. They also give an award to a thesis film every year, which I won. I think that helped.

I started working there, but I’ve had this idea for Port Harbour since third year. My thesis film was a very, very early instalment of it. I had been working on it and wasn’t planning on pitching it to anybody for a few years, ’cause I didn’t think anybody would want to listen to a little 22-year-old baby talking about their OCs.

What pushed you to pitch Port Harbour?

Tom Bancroft reached out to me with an interest in my characters, and I got to meet him, which was amazing. That propelled me to have the confidence to develop Port Harbour. I reached out to Heath Kenny, Mercury’s Chief Content Officer, and was like: “Hey, can I talk about original content?”

Heath recommended that I do Pitch THIS!, because it’s a really good experience and he thought I’d learn a lot. I wouldn’t have done it otherwise.

Another test shot from my thesis film, Scattershot! I feel like this pretty much sums up the tone of the film #animation #shortfilm #characterart pic.twitter.com/D27RYsglPb

Does Scattershot live within the world of Port Harbour?

Not quite. When I wrote Scattershot, I didn’t actually have any of the world of Port Harbour built or even thought out. I didn’t even know that the ocean and nautical aspect was going to be part of it. I just knew the characters and their personalities, and how they interacted with each other.

Scattershot showcases the characters. I knew that I wanted them to get hired to do something really mundane and absolutely mess it up in the worst, most chaotic way possible. I built that little story around the characters to show how they interact, and I figured out a lot of the current Port Harbour universe while I was in production on Scattershot.

Can you tell us a bit about that universe?

The cast is a found-family story with Sebastian, who is the older-brother-slash-father-figure, and then this trio of kids — Nine, Sticks and Kid — who find themselves employed on his fishing boat. They kind of ruined his life, but they also help teach him how to love and have friends.

Based on your Instagram, there seems to be a romance between Nine and a red-haired character. Who is that?

That’s Ropes, who I didn’t include in my thesis or pitch. He’s a siren who decides he wants to be human. Their romance is not one of the main plotlines, but I like romances that are in the background.

Ropes works at a circus alongside other fantastical creatures that decide they also want to live as humans. They’re all metaphorically or literally trans, so that’s his community, is introduced to that concept, and figures himself out. Showing a character figuring out they’re trans is important to me personally because I am also trans.

I feel like a lot of the content I see of trans people in the media shows them already knowing who they are. And I wanted to show a narrative of a character who has no idea that being trans is even an option or that it’s something that they want until they explore it.

I love that! How do you want to expand this universe?

Ideally, I’d like to make a series out of it. That’s the end goal. I’ve based the structure off of Adventure Time and Gravity Falls. It could go on indefinitely, but when it’s over it can end on the arc that it ends on.

And you animated your Scattershot thesis film in Toon Boom Harmony?

Yeah! All the rigging, animation, compositing and effects were done in Toon Boom.

You mentioned earlier that you specialize in rigging. What about character rigging do you like?

At first, I liked rigging because it was a challenge. You can get it to look really good, but it takes a while to get there. I feel like half the time a scene that I animate looks like trash until the last 10%. And I think that’s hilarious.

I also like that rigging feels like hand drawn and can get that line aesthetic. I feel like more of my actual drawing skills are coming into play. Every scene that I do, I will draw out the keyframes before going in with the rig. That keeps my drawing skills sharp and my brain is well wired for that.

I love that hand-drawn look in Scattershot. One early scene that really stood out was the phone conversation, with the bubble that overtakes the shot. Was that complicated to animate?

That took so long! That was a lot of balancing the camera move with the actual rigs. I ended up going in and tweaking the camera and the master peg of the characters, so they weren’t jittering. Not the most efficient.

When Sebastian got tiny, it was just a really low frame rate hand drawn and I kind of regret doing that. I think it would have been faster just to do a simple rig.

The cutter was another thing that was hard to figure out. There was that split across the screen, and there was a lot of figuring out a cutter that would work with the animation. I tried putting a deformer on it and that looked really tweeny and unnatural, so I ended up going in and hand drawing it. When it zooms out really fast, I hand drew all the small frames for that and then I just put on a line boil.

Were there any other scenes that were fun or challenging to animate?

The one where they’re all bursting through the front door running towards Sebastian — it’s a lot of them getting bigger in perspective, with Nine flailing his arms and Kid flying out of the house. They also had a line delivery and were laughing, so I wanted to hold on them laughing so it would read. That took a lot of finessing to get it to look the way I wanted it to. That scene was quite fun even though it was difficult, and I’m really happy with how it turned out.

Another difficult scene was the one where Nine scrambles onto Sebastian’s shoulders. I basically rough animated it by hand before going in with the rig because it was so fast. I would go back and spend a little bit more time on it if I could.

From the viewer’s perspective, it looked great. Other than the rigging tools, were there any other Harmony features that really helped?

There was a lot of cool stuff, like the line boil. With Kid, when their rig was the demon rig, the lines were sketchy. Playing around with the line boil for that was really fun and helped me make it look more hand drawn. The mirror feature is also really great, when you flip the canvas and make sure that your work looks good.

Other than that, there’s just a lot of organizational stuff that I enjoy, like colour coding things and those little boxes that you can put in the node view. Harmony is a great software for having your work be organized. I’m rarely ever looking for something or confused about a scene set-up because it’s so easy to just go in and map everything out.

As a last thought, what advice would you give to an animation student who wants to pitch their own project like Port Harbour?

One helpful piece of advice for animation students in general is picking one or two areas of focus. Take the time to figure out what you enjoy doing, and then focus on getting good at it.

In terms of pitching your work, just do it! I wasn’t going to pitch my project and the only reason I did was because someone really well-respected in the industry liked my stuff. Also, write or pitch something because you like it — not because you want to have a show or a movie or a project. You’re going to be with it for a while, and you don’t want to be wishing you had done something else instead.

I watched a lot of YouTube videos for pitching tips, what a pitch includes and how to structure it. I watched so many interviews of showrunners and video tutorials, and even then I didn’t feel fully prepared, but I was more prepared than I thought I was.

One was with Bryan Konietzko and his biggest piece of advice was: “Work in the industry before you pitch anything.” I think that is a good piece of advice, because once I worked at Mercury that made it easy to meet with Heath. Also, it helps you understand how the industry actually works. 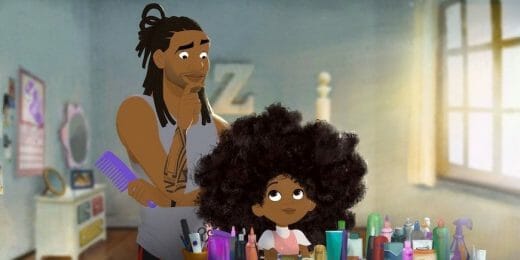 Top Animation News is a weekly column that rounds up the biggest, best and breaking stories from the animation industry. This edition covers January 10 t ... 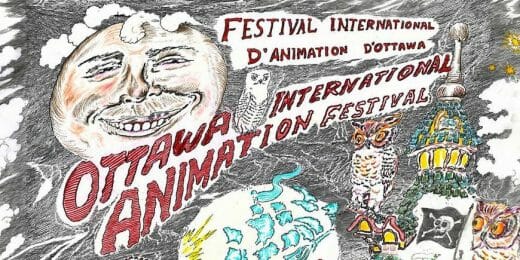 For the animation industry, summer’s end signals the beginning of the build-up towards the Ottawa International Animation Festival (OIAF). The ...