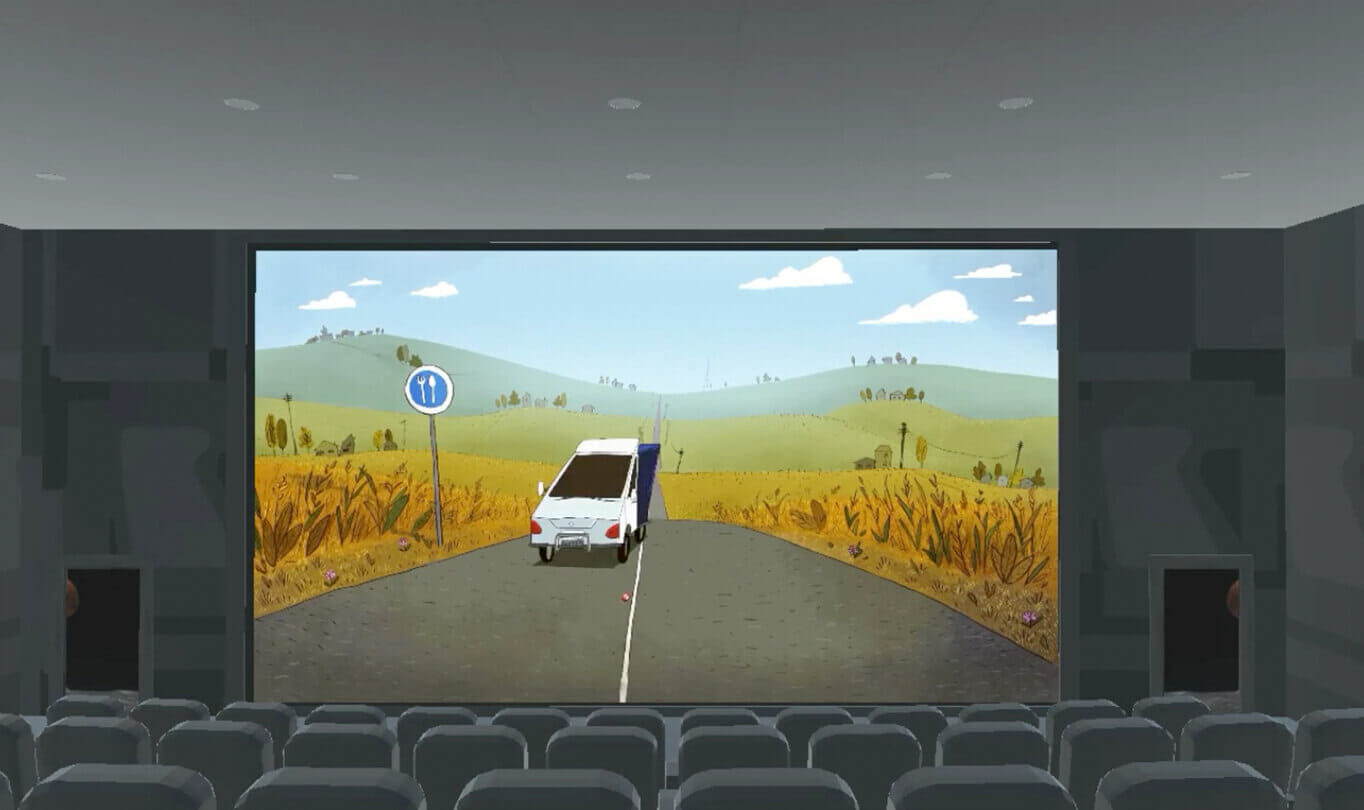 Each year, festivals around the world bring artists, audiences and studios together to celebrate the craft of animation. For professional and aspiring filmmakers, these are opportunities to get recognized for their work, to foster connections with peers, and be inspired by screenings that they might not be able to see at any other venue. These festivals also serve as avenues of outreach and connection between studios and emerging talent, with portfolio reviews and professional development sessions. Animation festivals were among the many in-person events cancelled, delayed or transformed by COVID-19, which was felt by the community as well as event organizers.

“We were right on the cusp. The pandemic was first hitting California when we were about to launch,” said Einar Baldvin, co-founder of GLAS Animation — an annual festival held in Berkeley with a focus on independent and underrepresented voices in animation. “All the prep was done, which is essentially a year’s worth of work.”

The planning starts right after the previous festival finishes.

In early February, GLAS Animation reached out to public health officials. Their team was initially told that COVID-19 outbreaks would not disrupt events in mid-March. The situation changed as the pandemic spread through the United States.

“The festival scaled down from ‘It’s happening,’ to ‘We’re going to get everybody hand sanitizer,’ to ‘The international guests and speakers are no longer coming,’ to ‘We’re just going to have the screenings and no speakers’ said GLAS Animation director and co-founder, Jeanette Jeanenne. “Eventually we had sent out an email telling everyone the festival was going to be stripped down, with no parties or anything. And the next day, we realized that we can’t do this and put a stop to it altogether.”

Yvonne Grzenkowicz, executive director of Animation Nights New York (ANNY) shared a similar experience from the East Coast: “We suspended our events the same day that Tribeca suspended their festival. It all sort of happened at once. On the day I was making the decision, I think there were 100 announcements being made in the city.”

“I initially thought, ‘There is a bathroom right there. We will do a PSA and make sure attendees wash their hands.’ If I had a huge grant, we would see what we could address with drive-in theatres,” Grzenkowicz said. “But we could not in good conscience bring people together deliberately in a space, if there’s a deadly disease that could potentially kill attendees.”

Due to the circumstance of when festivals fell on a calendar, some event organizers were given more time to prepare and adapt. Managing director of the Ottawa International Animation Festival, Kelly Neall, told us that the OIAF’s film operations team had opportunities to learn from other festivals and find solutions for screenings and panel discussions. “Initially we were thinking we could do a couple in-person events, but because so many of our delegates come from the States and abroad there was just no way.”

We were not going to hold an international super-spreader event in September.

Yvonne Grzenkowicz used the time between her festival’s cancelled monthly event and ANNY’s annual showcase to build custom online platforms for their screenings, due to concerns with automated moderation and policy on popular video streaming services: “I just didn’t want to get hit with piracy or content flags. We’re showing films that are really targeted to an adult audience, sometimes with nudity or language. There aren’t people making those decisions — the videos are crawled by algorithms.”

Each of the organizers wanted to bring the experience of their festivals to audiences sheltering in place, but they all had to solve important problems in a limited amount of time. They needed to consider how to convert in-person screenings, panels and events into a worthwhile day or week of online programming that meets the needs of filmmakers and audiences. To completely reinvent their festivals, the organizers needed to consider why attendees return to their events each year — and how much of that could translate to a computer monitor or tablet to begin with.

The Ottawa International Animation Festival has been hosting screenings, exhibits and workshops since 1976, in partnership with its parent organization, The Canadian Film Institute. The festival brings an international audience to Ottawa, a city with a renewed animation industry — and is now home to new studios, such as Mercury Filmworks and Atomic Cartoons. In a typical year, OIAF is a five-day event held alongside The Animation Conference, where artists and industry pitch, network and participate in panels. The event also includes the Night Owl Party, an Animator’s Picnic, and the student-focused Animation Exposé, among its packed schedule.

“What we hear is that OIAF really energizes students and gets them inspired. We get these huge groups coming up from the east coast of the United States and across Ontario. They get to see work from around the world that might be completely different from anything else that they’ve seen before,” said Neall. “Azarin Sohrabkhani always puts together an amazing series of professional development talks. It’s a chance for animation students to see some of their idols. In our last live event, we had Rebecca Sugar, and it was just so uplifting to the students, some of them in tears.”

“I have been attending the OIAF since 1994. They used to skip years, so this past year was my 20th festival, I believe,” said Pilar Newton-Katz, an accomplished freelance animator and educator based out of Brooklyn. “The first thing that I noticed about the festival was the camaraderie. Of course the animation and panel discussions are amazing, but being able to go to a screening and see the filmmaker standing right next to you order a beer at the party that night is always so amazing to me.”

“We have the younger generation at the helm,” said Jeanenne, speaking about GLAS Animation’s appeal. “And I think our different experience leads to a different curatorial perspective which works as a great accompaniment to other festivals.”

“The big attraction, apart from the work, is the community,” Einar Baldvin suggested. “There’s a lot of interesting people in a rather small space, because of the way it’s set up. In Berkeley, everything’s around the same corner.”

You can walk to the theater, to the parties, to the different venues, constantly bumping into the same people and really getting to know them.

The importance of location was a common theme for event organizers: “Coming from out of town, everything’s in walking distance. You can’t really avoid each other in downtown Ottawa,” said Neall, speaking about OIAF.

For Animation Nights New York, Grzenkowicz told Animation From Every Angle that their city has a different strength: “The best thing about New York City is it’s a hub. Every event had been packed with people, like sardines in a can — sometimes uncomfortably. It’s just kind of neat to have everyone in the same room together in real life. There’s an energy there.”

For Grzenkowicz, that energy could be felt when the audience reacts to a film: “It ties us all together in a way that you can’t quite replicate when there’s lag and stuttering.”

Since 2015, the small team at Animation Nights New York have curated monthly screenings, an annual Best of Fest conference, and ANNY Exchange networking events, which connect animation talent to AR, VR and animated projects. ANNY also works with Cannes Marché du Film and Short Film Corner to shortlist qualifying films for the ANNY Cannes Program. The venues the festival screens at include 180 Maiden Lane, the One World Trade Observatory, the Arts Brookfield Terrace at Brookfield Place, and The Gutter Spare Room in Williamsburg Brooklyn.

Considering how important those locations have been, what happens when attendees are no longer able to experience everything that comes with attending an event in Ottawa, Berkeley or New York City? Newton-Katz told us she was pleasantly surprised by how much OIAF’s online events still felt like the festival she had experienced in previous years. The highlights for her included, “the talks, the screenings, the meet the filmmakers [sessions] and the Zoom hangs. We were given ample time to engage.”

“The staff really went the extra mile to make things seem like it was a regular OIAF,” Neall added. “We did pre-recorded videos with all the filmmakers taking a bow and edited that into our official competition screenings. Chris Robinson [OIAF’s Artistic Director] was doing Q&A’s afterwards. We’ve never done that before.”

While all the organizers acknowledged tradeoffs with not being able to hold their events in-person, providing all of the sessions online created new opportunities. For the first time, attendees who were not able to travel or access the space could fully participate.

“A lot of people can’t normally afford to come up to Ottawa every year or they’re held back by budgetary restrictions or mobility issues, so it was nice for them to be able to experience the festival. It depends on our capacity, but offering some of the programming online can be great to help, [and continuing this for] future live events is a definite possibility.” Neall added, “Our Meet-the-Filmmaker sessions, which also happen at the live event, were fantastic this year. Usually we can only interact with the filmmakers in attendance. This year, we were able to bring in all of the filmmakers,”

“We embraced a bit of Twitch’s gaming side for the opening ceremony,” said Baldvin, describing GLAS Animation’s 2020 showcase stream. “We actually started our ceremony off with a game of Warcraft 3. They got excited once they figured out it was a joke. We’re just kind of embracing that we’re on Twitch.”

“We felt that Twitch was a community-centric platform and is something that we could continue to nurture for a much longer period of time, beyond the pandemic. So we’ve been hosting regular events there.” At the time of writing, GLAS’ interviews were seen by 10,000 attendees, comparable to their in-person audience in 2019.

Overall Jeanenne reported that sponsors, filmmakers and audiences were receptive: “People are just very understanding and supportive, and the whole world is going through the same thing at the same time.”

Animation Nights New York resumed monthly events in December, with a Virtual Reality Mixer Space available for attendees following online screenings, which can be accessed using dedicated VR headsets as well as traditional desktop and mobile web browsers. Grzenkowicz said that she invited sponsors and partners to tour their virtual venue over the summer: “All of this would have been a little silly if we were having in-person events, but it was interesting to talk to them and have them seriously consider a virtual reality event.”

I found it fascinating. People can be resistant to change, but everyone’s been very excited. 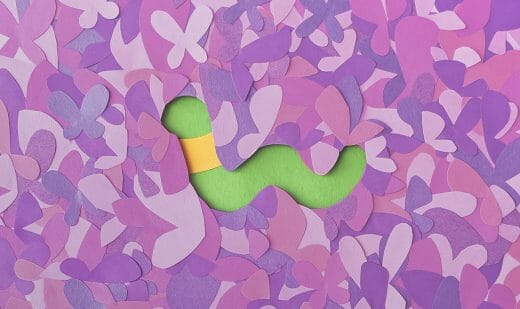 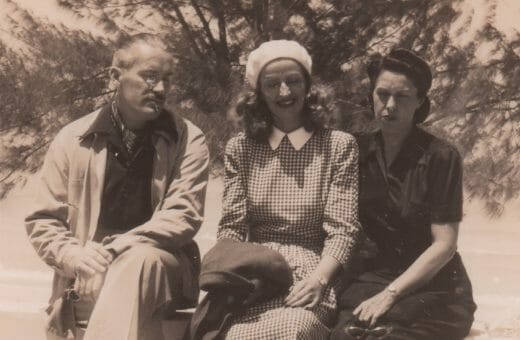