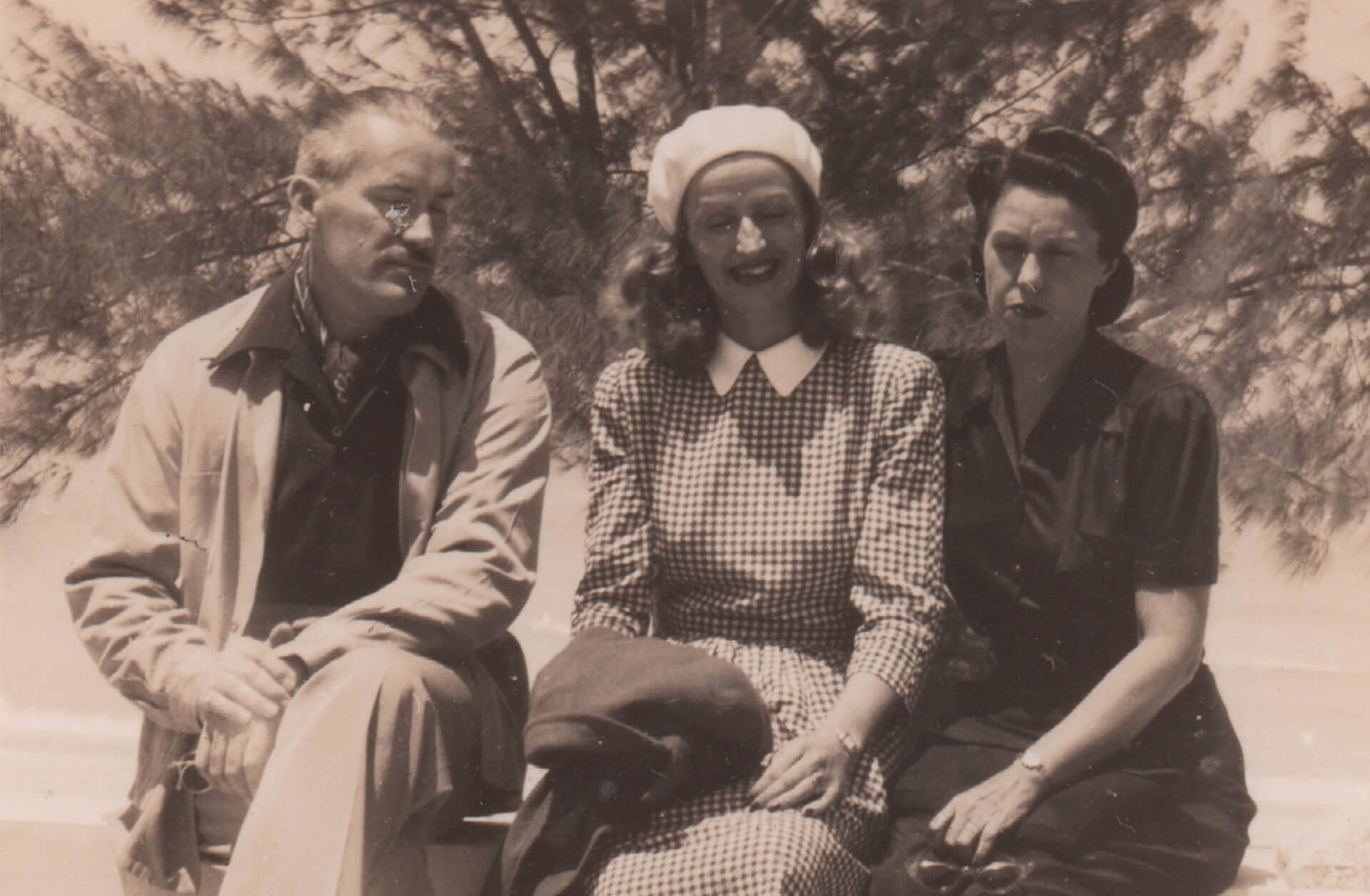 Bianca Majolie, Grace Huntington, Sylvia Holland, Retta Scott and Mary Blair are but a handful of the talented women who were hired at Walt Disney Animation in the first half of the 20th Century, often by the man himself. Yet they were largely erased from the record despite having massively influenced many of the House of Mouse’s most legendary titles. Bestselling author Nathalia Holt’s latest book, The Queens of Animation: The Untold Story of the Women Who Transformed the World of Disney and Made Cinematic History, shines a light on these pioneering women from the past — which may benefit female animators in the future.

The Queens of Animation spans Snow White and the Seven Dwarfs in the 1930s through to Frozen. Holt had no professional connection to animation; her previous titles include Cured: The People who Defeated HIV and Rise of the Rocket Girls: The Women Who Propelled Us from Missiles to the Moon to Mars. While researching the latter book, she spoke to an unnamed former NASA employee about her times working at Walt Disney’s studio.

She had all these fantastic stories about what life at the studio was like in the 1940s and 50s, and I was really struck by how many women were in her stories. I realized I had never heard about female artists and animators at Disney. You hear a lot about Walt himself and the Nine Old Men, so I really wanted to learn more about this group of women.

She began diving into biographies on Walt, which either didn’t mention the women at his studio or would position them in relation to men; Mary Blair, now an internationally recognized early Disney legend, was referred to as “Lee Blair’s wife.” This dismissiveness was also true of films from the time, when female artists often wouldn’t be credited at all.

Holt didn’t come into the research with strong feelings about the man behind the Mouse, and was surprised by what she found. She recalls, “What really struck me was Walt Disney did something very unusual for workplaces at the time: he hired many women, starting in the 1930s. He hired Bianca Majolie into the story department in 1935 and followed that up by hiring a long string of women, giving them opportunities that were very unusual for Hollywood studios then.”

She continues, “There’s this great quote where Walt is addressing his employees in 1941 and he says, ‘The girl artists have the right to expect the same chances for advancement as men, and I honestly believe they may contribute something to this business that men never would or could.’ That is a remarkable statement for a studio head to make in this day and age, but especially in the 1940s.”

Coming to see the huge impact these women had on classic animated films then and the industry today, she began to pour over letters and diaries in order to gather first-hand material for The Queens of Animation. What she discovered is as troubling as it is compelling.

The book opens with Bianca Majolie, an Italian immigrant and former schoolmate of Walt’s who he gives a coveted job in his story department. As the only woman, she earns $18 a week compared to her male counterpart’s $75. Her treatments and ideas were often ridiculed in the moment, but would go on to shape films from Dumbo to Bambi to The Little Mermaid.

Women are still widely underrepresented and undervalued in the industry — representing 60 percent of animation students but only 20 to 40 percent of workers, according to the organization Women in Animation (via It’s Nice That). The group also partnered with the USC Annenberg Inclusion Initiative on a widely cited study that found that nearly half of film executive roles in animation are held by women.

In the early days of Disney, Mickey and misogyny went hand in hand. The first chapter of The Queens of Animation sees Bianca Majolie’s work humiliated by Walt himself during a particularly brutal story meeting. She was then chased down the hall by her male colleagues, who banged violently on her office door.

An excerpt from the book reads: “With a loud crack, the wood splintered, the door gave way, and a crowd of men tumbled into Bianca’s sanctuary. She buried her head in her arms, covering her ears to try and block their shouts, but it was no use. She would have to take it like a man.”

To get these incredibly detailed insights into Majolie’s and the other women’s experiences, Holt explains, “These women were not only working together, but also very close friends and so you had these very detailed letters talking about running away from that story meeting and what that was like for Bianca. She goes into great detail describing this to another animator, Grace Huntington.”

While Majolie’s abuse is infuriating, it was hardly isolated. Unknowingly, her pain was paving the road for more women to join the boy’s club of the Walt Disney story department. Normally, female artists were sent to ink and paint — particularly if they were young and single. The prevalent stereotype at the time was women were better at detail-oriented work, Holt explains.

She says, “Some of these women from ink and paint ended up becoming animators as well, particularly after the turbulent period in the 1940s when you had many different threats facing the Disney studio: World War II, the [animator’s] strike. This all gave more opportunity to female animators.”

While the title The Queens of Animation may lead one to believe that the book only addresses women’s experiences at Walt Disney Animation, Holt also deftly covers the lack of diversity both behind the scenes and on screens at the time. A particularly cringe-worthy moment comes from Fantasia‘s Sunflower — a diminutive, donkey-bodied centaur who also happens to have been the first African-American character animated by the studio.

For Holt, she tried to be as fair as she could in portraying the artists involved and how the work reflected the culture of the time. She explains, “It’s essential to talk about race and gender when discussing Disney because they have had such a profound impact on our culture. These are images we show children and have such a profound impact on how we shape our world, and how we view the people in it.”

“When we’re looking at Fantasia and Sunflower, these were animations that were made in the 1930s and 40s — there was a certain context and way of talking then that is very different from now. I’m not trying to vilify anybody involved in creating these images, but it’s still important to talk about them and how they came to be and the people that spoke against them and the people that didn’t,” Holt continues.

On the flip side, Walt did hire people of Asian descent including Chinese-American animator Tyson Wong and Japanese-American artist Gyo Fujikawa. The latter’s parents were both from Japan, though she was born in California. Once again, Walt proved himself to be surprisingly progressive: when Fujikawa explained to him that she would tell people she was half-Chinese or part Korean to hide her Japanese heritage during the internment camp period of WWII, he exclaimed, “Why do you have to do that? For Christ’s sakes, you’re an American citizen!”

Unfortunately, when Walt died in 1966, so did his visionary leadership — and opportunities for female artists at his studio. Even the iconic Mary Blair could no longer find work. Over half a century later, while the industry’s numbers remain low, it is noteworthy that Frozen writer and director Jennifer Lee is the chief creative officer at Walt Disney Animation Studios.

“It really is about having that representation and what we see happening today in animation is really encouraging. You do see so many men and women of different backgrounds and experiences coming into the studio who are able to share their perspective. It’s not enough for them to be in the room, we really have to make an environment where people feel comfortable sharing their experiences and where they are asked to,” says Holt.

Holt also hopes The Queens of Animation will show women in animation today that they are not the first people to struggle and succeed in the industry. She tells us, “So many women I spoke to, who are now in animation, didn’t know there was this great history of women before them. It is very difficult then to overcome this feeling that you’re the first and you’re blazing this path. It’s much easier when you can see this long history of women who have come before you.”

As a mother of two daughters, the animation in Holt’s life has taken on a new dimension. Now, she sees the female history behind the characters. “To watch Cinderella and know so many women worked on it and were such a powerful part of its creation — Mary Blair’s role cannot be understated. Her work on that film is what saved Disney Studios; I firmly believe Disney would not exist in the form it does today without her. The studio was that close to bankruptcy when Cinderella was released in 1950,” she says.

Writing the book has given me a different perspective on animated films and made them more important to me as well. They really are a critical part of how we shape the future and the next generation, who are going to be influenced by them and see them as an extension of our culture. 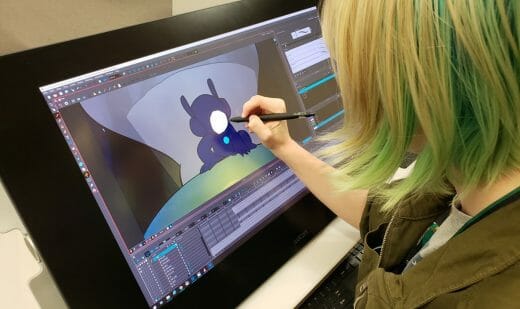 How Creator X is closing the opportunity gap in animation education

In the post-digital classroom, some students are taught creative career skills, including animation, using state-of-the-art tools like Wacom Cintiqs and ... 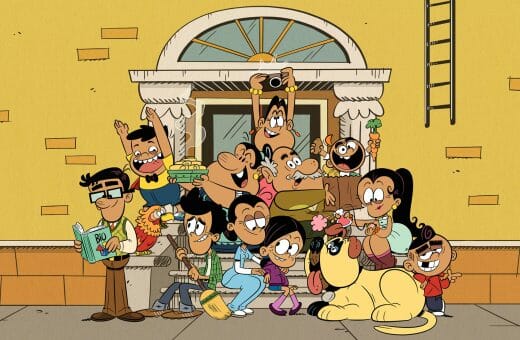 Animating Latinx culture and characters on The Casagrandes

It started as a rumour. The first time Miguel Gonzalez heard about The Casagrandes, it was barely more than hushed speculation after a Mexican-American ...