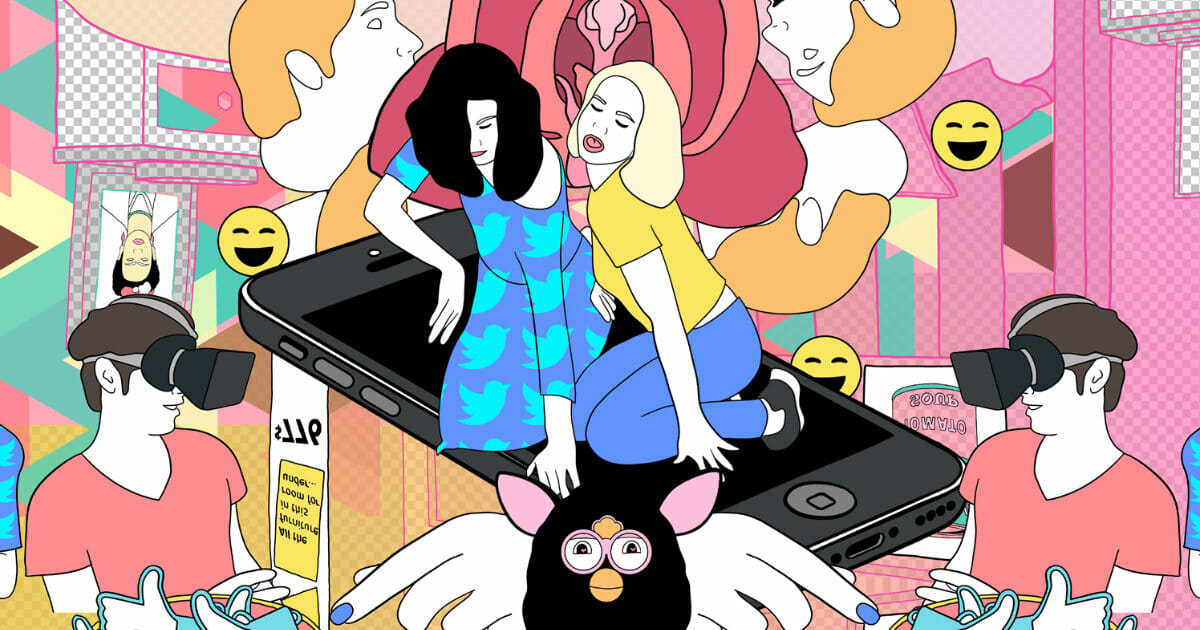 #21xoxo is a hallucinogenic short film about intimacy, the internet and nihilism, which uses rotoscopy to blur the lines between physical and digital realities. The film’s protagonist lives in an Ikea showroom, where the checkerboard pattern of transparency bleeds through every surface. #21xoxo has screened in international film festivals, including the British Film Institute’s London Film Festival, bombarding viewers with an overwhelming barrage of imagery inspired by vaporwave, pop art and memes.

While the film is in large part a parody of the destructive aspects of internet culture, Belgium-based director Sine Özbilge is optimistic about the potential for technology to connect people: “It dawns on me how incredible it is that we all can still communicate through digital means. Never before was technology and cyberspace as much appreciated as now.”

We emailed Sine to learn more about #21xoxo’s production process, digitally-mediated relationships, and her hopes for the future of the internet. You can read the full interview belong along with a trailer for #21xoxo.

How many artists were involved with the production of #21xoxo?

Movies are the outcome of the effort of many people. As directors, we are very lucky to be able to enjoy the valuable input and efforts of our casts and crew in order to create our vision and stories. #21xoxo was made with a small team of talented people. I shared the direction of this movie with my sister, Imge Özbilge. She co-directed the movie and gave me huge support as well as great feedback throughout the production.

We also collaborated with two contemporary Belgian artists for the final scene. Namely Kasper De Vos and Wim De Pauw, with their artwork: The painting, Shape of Things to Come, and the sandwich, Smoske. As the movie makes use of art history and design references, it was a nice idea to involve current artists as well. As an inside joke, at the very end of the live-action finale, you can also see Imge and our composer Remco Weyns enjoying a drink in the background.

What was that production process like? What animation techniques did you use in #21xoxo, and how did you use Toon Boom Harmony?

Compared to some other productions, I’d say that the production process was quite experimental. We had time to test things out and to figure out which programs would suit the story best. This artistic freedom was given to us by our dear producer, Annemie Degryse.

After some trial and error, we decided to go with Harmony, which turned out to be the best match for the graphic style and the rotoscope base of the movie. Coming from a graphic design background, the possibility to work with vector-based imagery was much appreciated. It allowed us to give the characters a hand-drawn, yet still digital look. It also made it possible to work with the realness of rotoscopy combined with the surreality of 2D animation.

Was there anything that surprised you while making this film?

We ordered a white rabbit mask from China as a rotoscope reference for one of our live-action shots. A couple of weeks later we finally had a package. When our production manager, Jeroen Derycke, opened up the carton, something orange revealed itself: It turns out we received a Trump mask instead! 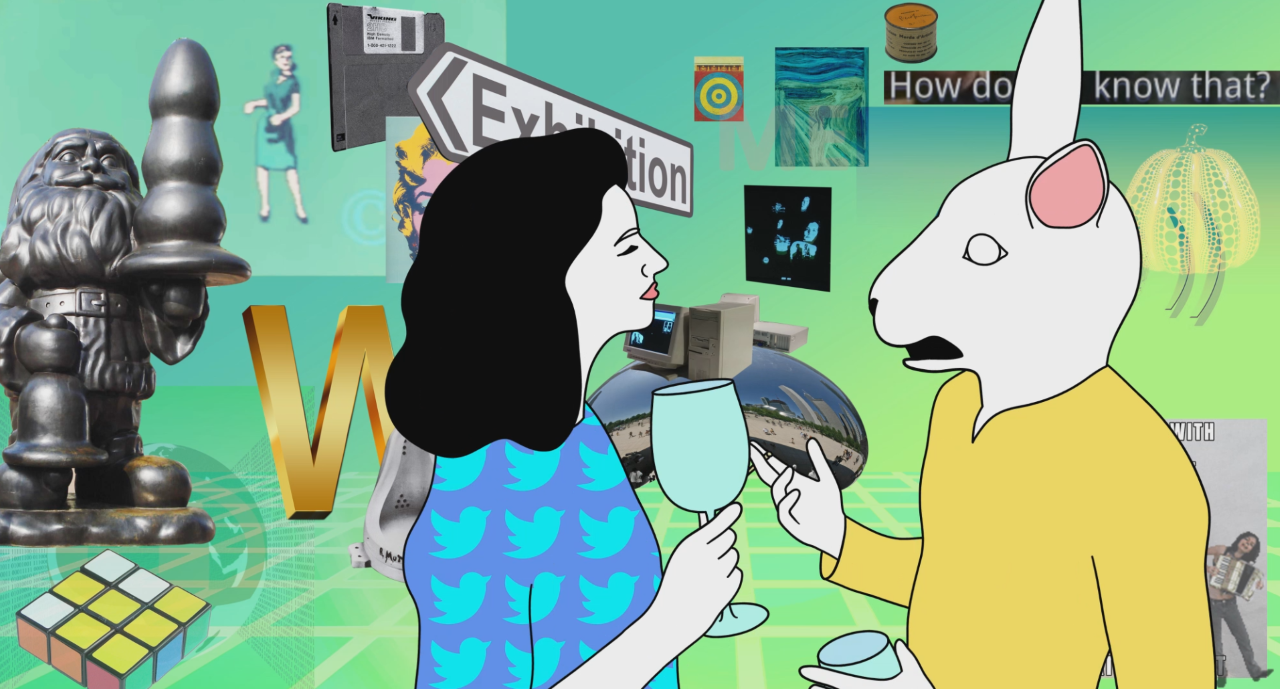 I can see imagery from vaporwave, pop art, memes, and Ikea. What inspired the use of these eclectic aesthetics and what brings them together?

Like Pop Art, #21xoxo makes use of popular culture, consumerism and everyday aesthetics. Since digital culture is a main part of today’s Zeitgeist, we made use of meme and vaporwave references. As for Ikea, I had this idea in the beginning that the protagonist should live in a showroom — a home situation where she would be on constant display.

It made a lot of sense, as our protagonist is an anti-hero, demonstrating nihilist and exhibitionist behaviour. The Ikea department here in Belgium was so kind to sponsor the film by lending us many objects for the live-action shoot. Ikea objects have become what Campbell’s Tomato Soup was in the 60’s. A vast majority of European households harbour these items, which made it interesting for #21xoxo.

Your film focuses on digitally-mediated relationships, from chats with friends, to dating apps, in-person conversations interrupted by tweets — and even an appearance from Tiger Electronics’ Furby. What were you exploring in the relationship between these technologies and intimacy?

We live in an era where technology comforts us, gives us intimacy and even eases our loneliness. It is not a solely functional tool, it also has obtained a great emotional value to the human species.

We use apps and web portals to flirt with possible partners, while we mend our profiles and avatars to our deepest desires. We modify the way we want to be perceived, maybe even the way we want to see ourselves. Some prefer the affection of their digital companions over real people.

Even though tools and progress can bring lots of possibilities and open new gates, one thing is clear: The influence of technology is changing our behaviour, our social structure, our psychology and even our material world. Our online behaviour has direct outcomes in the physical world that we live in. Thus the borders of Cyberspace and reality have started to become quite blurry.

#21xoxo takes the subject rather sarcastically and has a predominantly nihilist attitude. It has some dystopian dark humor, but is also a parody to help people laugh and reflect on the subject. The internet with all its astonishing facets has also brought many positive things to our lives.

What was the most technically or artistically challenging scene in this film?

The most challenging scene was the part where my actors had to lip sync to the text-to-speech computer dialogues that I provided for them. It was insane how accurate they managed to do this, with all the right intonations and mimics.

Later on, at the animation studio Lunanime, we used Toon Boom Harmony for rotoscopy, and thanks to the flexible workspace the sound synced extremely well with the image. Even though the voices were so electronic, the characters were convincing and gave a ‘real’ feeling. In animation — especially rotoscope-based works — the characters often don’t come over convincing enough due to the unsuccessful image-audio relationship.

Thomas Vertongen, our sound designer also did a great job in mixing the voice recordings with the soundscapes. 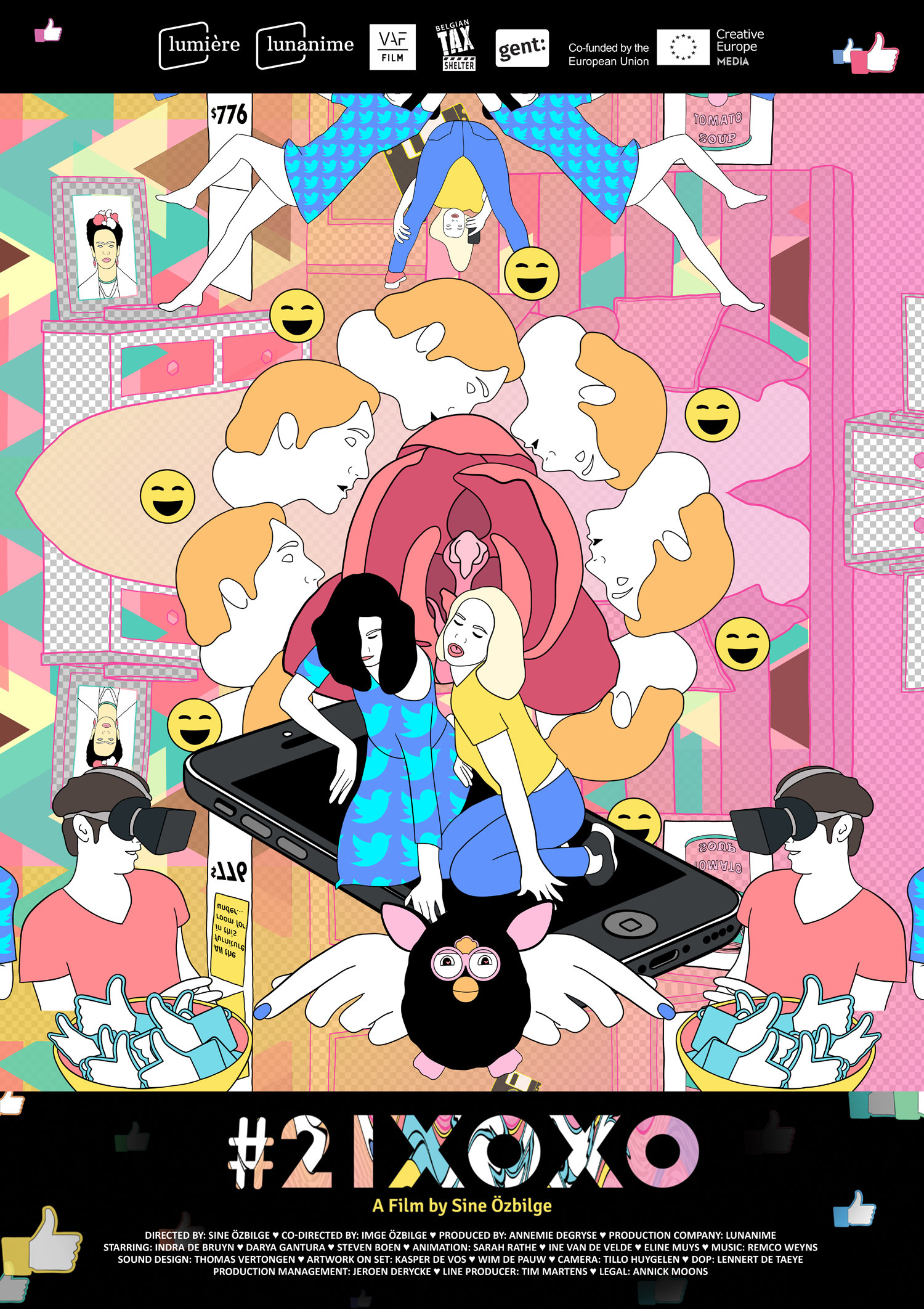 This is a rather complicated question. Who knows what the future will bring? Especially now amidst the current Corona crisis, we see how the internet is being used in many different ways. People are sharing news, scientific insight and data at high speed to tackle this urgent global problem. Teachers are providing lectures for students, while companies have shifted to remote working methods in order to keep the economy running. Quite impressive if you ask me.

On the other hand, certain governments want or already are monitoring their citizens whereabouts and use social media channels to have absolute control over civilians. To be honest, I’m not too fond of the idea of an Orwellian system. Unfortunately we are already on that path, but there is always hope.

We noticed that you included credits for found footage. What role did the Creative Commons and the public domain play in the production of this short film?

The Creative Commons has played a huge role in this work. Without it, the film would not be what it is. The sharing of Creative Commons and Public Domain images is one of the modern wonders that the internet has made more accessible to us more than ever. I strongly believe that this plays a big role in the making and perceiving of art nowadays and in the future.

Can you tell us a little bit about your Loop-o-gram of PostNet Attitudes series?

Loop-o-gram was a mini series of audiovisual experiments that preceded #21xoxo. Those conceptual works were part of the research we did for the actual movie. Like many things, a movie takes a long time to mature before it can actually go into production.

Was there anything we did not ask you about #21xoxo that you would like us to cover?

I would like to add though that we are very grateful to the Canlandiranlar Animation Festival for giving us the title of ‘Best Film’ and for the fantastic prize which included a Toon Boom Harmony license! I look forward to developing my next short with your program and to create a new creative universe with it.

Imge will soon be releasing her newest short Mozaic. It’s a truly beautiful film, which I had the pleasure to co-direct in return. 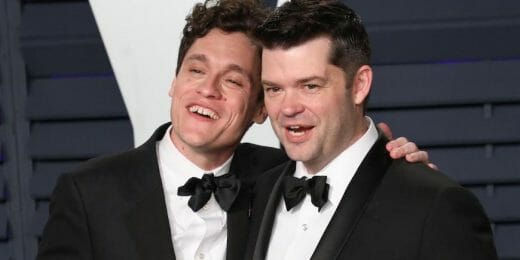