To celebrate the release of Toon Boom Harmony 20, we approached artists and teams around the world to contribute to a demo video highlighting the features and capabilities of our new animation software. These teams were drawn from our international community of artists, who were given total creative freedom to construct their scenes.

Based out of Tokyo, D’ART Shtajio is 2D animation studio which specializes in the production of anime. In addition to service work for acclaimed series and films, this year their team contributed original shorts to Sturgill Simpson’s Sound & Fury anthology and created the music video for The Weeknd’s single Snowchild. Toon Boom had previously teamed up with D’ART Shtajio to produce an original short, Shojo no Piero / The Doll, as well as an anime run cycle for Harmony 17, so we reached out to D’ART Shtajio’s founder Arthell Isom and his team to produce a scene for Harmony 20.

We spoke with Arthell live on Twitch about his work and the scene his team contributed to Harmony 20’s demo video. You can watch D’ART Shtajio’s scene and find an excerpt of our conversation below.

D’ART Shtajio’s scene from the Harmony 20 demo video, You Can Be Who You Are.

What are some of the projects you have worked on, either at D’ART Shtajio or throughout your career?

At D’ART Shtajio, we worked on quite a few animated Japanese shows, including One Piece, Jojo’s Bizarre Adventure, Attack on Titan and Fire Force. We also worked on a number of shorts, commercials and music videos.

For the scene you contributed to Harmony 20’s demo video, what was the prompt that you were given and how did you interpret it for your scene?

Toon Boom gave us quite a few choices, and the line we decided to go with was: “You can be who you are / You can show your true you.” I chose that because I thought it sounded cool, but then when we had to come up with something to go with it — it was pretty difficult. We were trying to think about how we can show “your true you” in six seconds.

For us, story is really important. We definitely wanted a story to come across. We thought about a few different events, social issues and different things going on right now.

We decided to go with representation of the LGBTQ community. We felt that would be an opportunity to express a character that we rarely see even in live action. We thought this would be a great animated character.

It can be challenging to convey a story in six seconds. What are some of the details you included in the background and how do they inform the viewer about your protagonist?

I feel that the background is often forgotten in animation and the industry in general, though it’s so very important. When you think about reality, our rooms and office spaces –the things we have on our desks, in our homes and bedrooms tell us who we are. You can know people without being introduced to them by walking into their spaces. At least that’s how I feel, and I feel that way about environments when I am painting.

I want to try my best to tell as much as I can about the character, the scene, and what we’re about to see, because environments give us a chance to set that up with lighting, structures and objects. We can know if there’s a war or if a scene takes place in the past or future, all through the background.

Rough animation by Shun Onoda from You Can Be Who You Are by D’ART Shtajio.

I like that how mentioned that backgrounds are something that go overlooked, while most of what you see when looking at animated scenes is background. What are some of the details that inform who this character is?

Even though the short is six seconds, there are three backgrounds that show up onscreen. They are all in the same room, but from different angles. We were trying to decide… and this was the hard thing, because we were thinking: “What kind of room would this character be in?”

We didn’t want this room to just look like a stereotypical girl’s room and we didn’t want it to look like a boy’s room, because we felt it would be unfair to the character. Those were things we were thinking about when we were trying to come up with this space.

We decided that our character likes basketball, and we also decided that the character loves sewing. One of our staff members recommended that, because our character is transgender, she is most likely going to be making her own clothes. I thought that was interesting, so we put a sewing machine in her room. The dress she’s wearing when she transforms is the dress in the background, so you can see that she was making it.

There are small details like the cloth and the sewing machine. We also have butterflies on the wall. I consulted some of my friends, and we liked how butterflies represent metamorphosis.

Which features in Toon Boom Harmony were most useful on this project?

One thing I really like about Harmony is I can set the colour palette and send that out to everyone when I set up the file. That first colour palette won’t be the final colour palette, because you can’t have the finished colours until you have the backgrounds, and we’re often working on both the animation and backgrounds at the same time.

Once we bring in our backgrounds and realize that some of our colours are off, the great thing about Harmony is you don’t have to readjust every piece of artwork individually. You can readjust the colour palette directly.

What was the most technically or artistically challenging element of our scene? What are you the most proud of?

The most challenging part of the sequence was figuring out who our character was and deciding how to show that. Although the clip is just character animation, we constantly questioned how the character would move or look. Coming up with the design was very challenging for us.

When we were going through the design process, we didn’t want her to look like an entirely different character. That would be the easiest thing to do, but we really wanted to make sure that our character represented that part of the transgender community and who she was supposed to be.

How does this scene compare in scope to a typical project at D’ART Shtajio?

This project was much shorter, so we had to tell a story in less time.

Because we already use Harmony in our pipeline, most of it’s the same. If we’re working with other companies, we work with them and their pipelines. Generally that means we would do the work all the way up to the animation in Harmony. With this project, because it was all done in-house, we did the whole thing in Harmony all the way into compositing.

We wanted to figure out how to make the mirror really look like a mirror. We are normally doing this process already, so it’s still the same process, but in Harmony. We got to explore new tools and try new extensions.

We posted prompts for questions on social media, and one of the questions we received was: How do you become and animator or story artist at an anime studio?

The best thing is to know what you want to do. Let’s say you want to be an animator. The steps for that are different than what you need to know for a storyboard artist.

As an animator you want to be a good draftsman. You want to be really aware of motion and timing, and being able to figure out how your characters move. It requires sketching a lot, practicing a lot, drawing animals, people, and vehicles. It’s important to understand perspective, because animators need to consider that they don’t just draw characters, we have to put characters in space. If you practice those skills, I think that’s a good path to being an animator.

The main thing for a storyboard artist is telling a story, having a very strong sense for what a story is, the plot points, structure, and being able to make sure that all comes across visually. Storyboard artists are kind of like cinematographers, so understanding cinematography — where you place the camera, medium shot, close-up shot, composition.

This is just touching on it, but know what you want to do and then study those skills as necessary.

Another question was: Do you already need to know someone in the business?

I ask people to think about that differently. I think people have a negative impression that they can’t get in the industry because, “it’s not what you know but who you know.” Part of that is true, but there’s a more nuanced answer. The way I hope everyone looks at it is — networking and communication is important. It’s getting out and getting to know people.

I get work from my classmates. None of us were important or famous, we just happened to be at the same school and were working and studying as friends, keeping in contact just enough to notice when we might have work for each other. What a lot of this boils down to is putting yourself in a position to get to know people.

I think artists have a tendency to stay in their room and draw all day, but really get out there, find conventions and portfolio reviews, and talk to people. Not only the famous artists and the people who have made it already, but talk to people who are going to the convention. Those are the people who are going to be in the industry next. Make friends, network, talk, and that will help you be in a better position to get jobs. 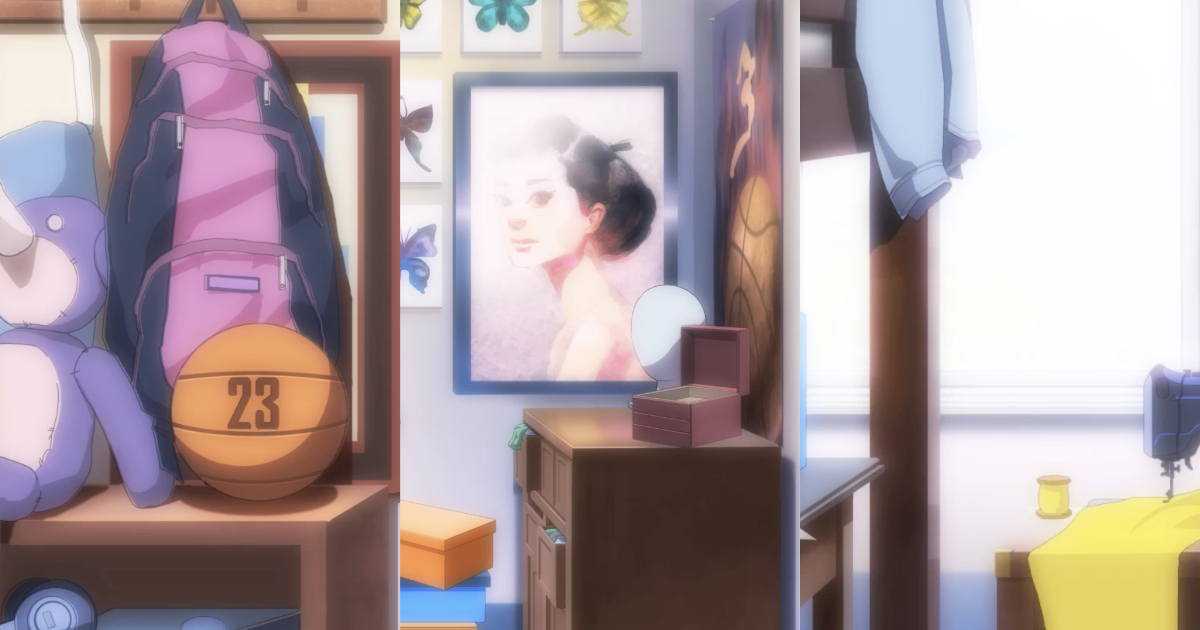 Background details from You Can Be Who You Are provided by D’ART Shtajio.

What do you enjoy the most about the work that you do?

I enjoy the creative process. Coming up with ideas and the world, I like that developmental process. Being a background artist, I love painting — really sitting down and seeing the scene that we imagine coming to life. I think what I like most is coming up with stories and creating things. 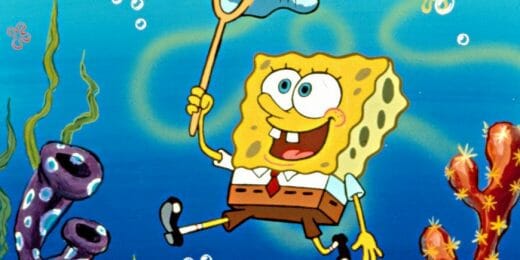 Top Animation News is a weekly column that rounds up the biggest, best and breaking stories from the animation industry. This edition covers February 8 t ...