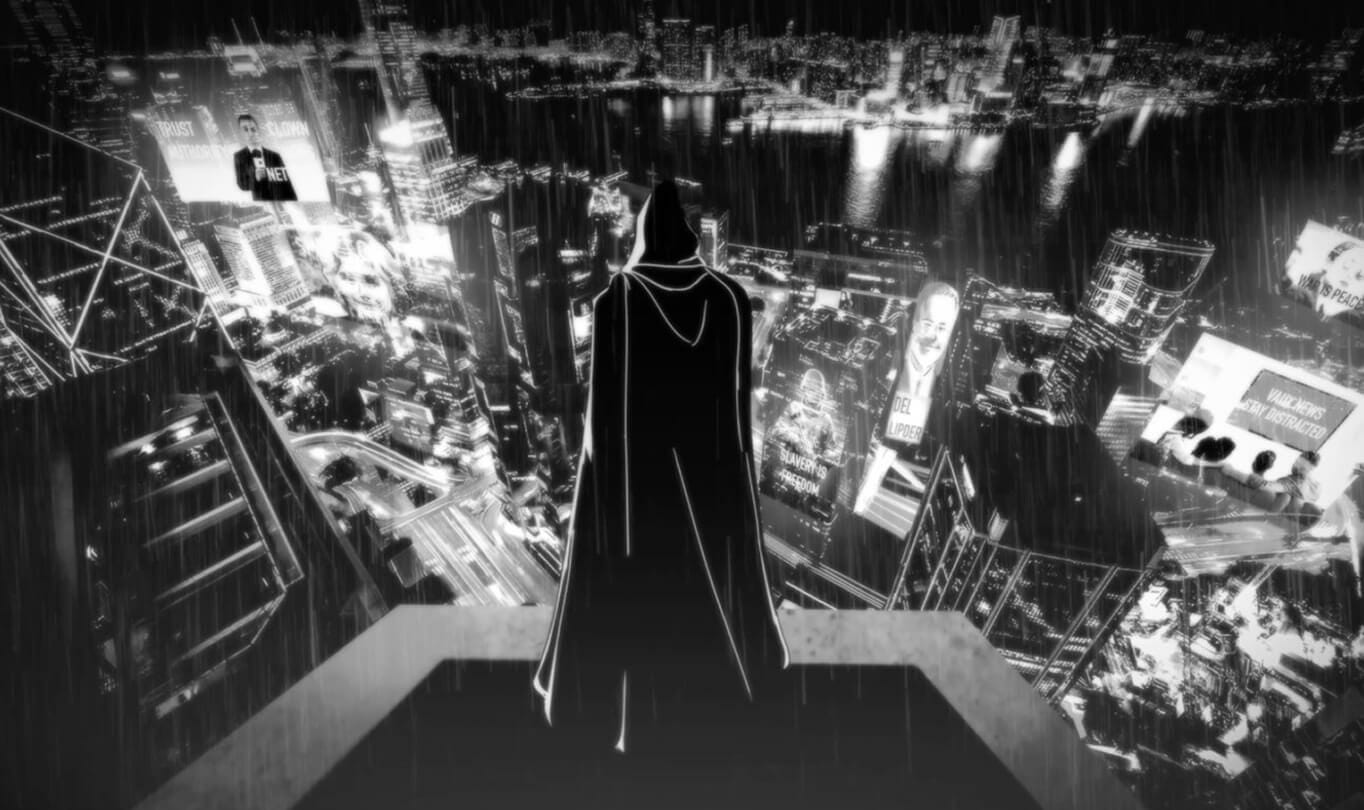 Echo Bridge founder and veteran animator Esteban Valdez keeps steering our conversation back to the importance of quality entertainment. His St Petersburg-based 2D animation studio celebrated its 10th anniversary this year and has seen business boom, in spite of the pandemic.

The team at Echo Bridge has grown, doubling to 60 staff in total — all working remotely. The studio is looking to double its 2019 workload and is already booked out through 2022, producing everything from television series to commercials to music videos to educational training. How has Valdez managed to not only survive, but thrive during uncertain times? 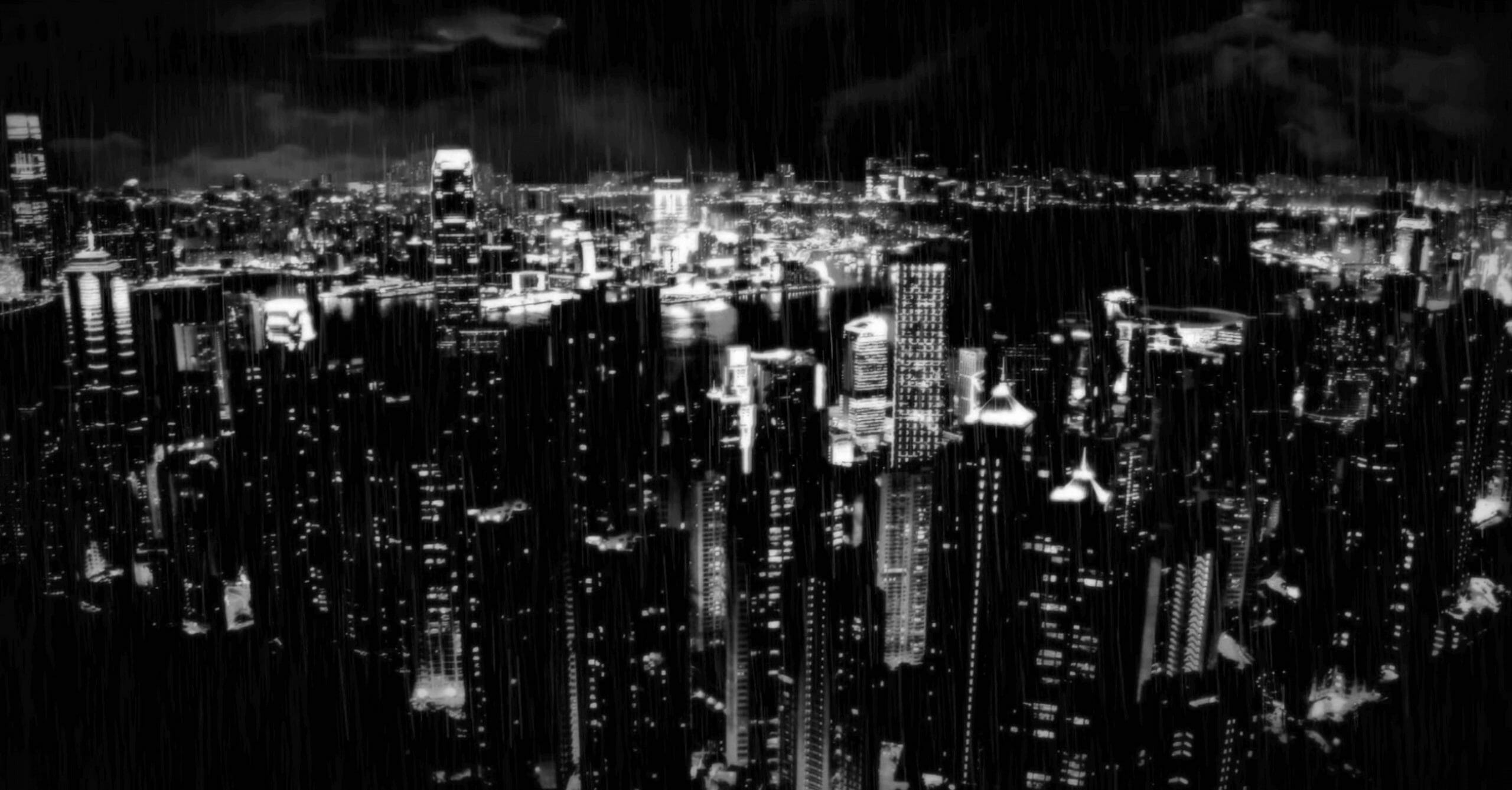 Story by Yuna and Adam Sinclair. Written and directed by Esteban Valdez. Produced by Meike Groh and animated at Echo Bridge.

With an entrepreneurial spirit, Echo Bridge is broadening the scope of traditional 2D animation studios — both in terms of a diverse range of high-quality, adult-oriented productions and forward-thinking business practices. (And, yes, great storytelling.) In doing so, Valdez has attracted a wide swath of projects that are enabling him to develop a new kind of production company that refuses to be limited in what it creates.

“Animation is supposed to be the pinnacle of our artistic achievements when you take into consideration how far we’ve come, from cave paintings to motion pictures, and we like to say that it’s about ‘the story’. It’s about our connection to ideas, our culture, ourselves as human beings and the simple fact of the artist connecting with the audience,” says Valdez.

He continues, “If we look back far enough, art has and always will be a form of communication. Animation is able to take us to a completely different realm of thought than any other medium ever could see as we’re combining every artistic discipline from music, poetry, architecture and more, to our technological advances, cultural experiences and values to express an abstract ethereal idea visually.”

Where the Echo Bridge story started

Valdez grew up in Boston, raised in a family that did not necessarily understand earning a creative living but supported his journey. His entrepreneurial spark ignited in high school, when he started a small illustration and design company with friends. He started his animation career in 2000, mentored by James Houston and Academy Award nominee Daniel Sousa.

Joining the industry as it was making the transition from pencil and paper to digital animation, Valdez’s own life was also in flux — living out of suitcases going from city to city, state to state, production to production. Eventually, he landed an episodic director role at FatKat Animation Studios in Canada and was able to enjoy the benefits of settling, albeit not for too long.

“I returned to the US in 2008 during the economic crash with several directing deals on the table which never came through, so I decided to take the last $200 I had to my name and produced an animated short film that got the attention of clients, ultimately launching Echo Bridge,” recalls Valdez.

“The name is actually the street my parent’s house was on. Because I spent so much time jumping around the globe, I wanted to have a place that I could plant my metaphorical roots in. The idea was always remembering that home is where it all started from and that no matter where I am in the world, I would always have a place to go. Echo Bridge is home for me and a creative haven for others too.”

Having set up shop in St Petersburg, Valdez would like for Echo Bridge to exist there for at least 40 to 60 years — allowing his animators to work in one place for their entire careers and actually build lives in the community. Part of the appeal of the city is its high quality of life, low taxes and affordable cost of living, particularly compared to industry hubs like Los Angeles and New York City. However, Florida does not offer the same sort of tax incentives for animation productions that other states do.

After lobbying for incentive programs for over seven years, Valdez launched one of his own — the only of its kind on the East Coast. The cash-back incentive program allows Echo Bridge to offer a much more competitive rate, both for domestic and international productions, without having to meet strict state audits and parameters. By Valdez’s estimation, this has been massively beneficial for his business during lockdown and will help future-proof it for the world afterwards.

Maturing as a studio

In a North American film market dominated by 3D and CGI, committing to being a 2D animation studio can in and of itself be seen as a disruptive act. Yet for Valdez, it was simply the only option for the sort of stories he wanted to tell — those that created emotional connections with audiences in an artistic and authentic way.

“We have a longing to connect socially, emotionally, physically, spiritually, and mentally to one another, now more than ever, and while CGI has its place in the world, no one is going to connect with a graph editor. Here is where I think 2D animation is a superior medium as we know, consciously or subconsciously, where and who it came from every time we see the artist’s hand,” explains Valdez.

He continues, “Adult animation is the most authentic — animation was never really meant for children. The idea that we use this medium as ad space for plastic mostly, that’s the industry side of it. And while it has some merit, it’s an oversaturated industry. I’ve always wanted animation to grow. We have only scratched the surface of what it can do, but we never explore the topics that would really make an impactful project.”

“With adult animation, you can explore areas that are too risqué or taboo or whatever the case would be. It’s very interesting that nobody really saw the value of that 10 years ago. Maybe the Asian and European markets, but in the North American markets it’s still a foreign concept,” Valdez says.

And while he notes that many of today’s emerging studio executives are fans of anime and foreign film, it may take some time before adult animation finds its footing in North America. That is not stopping Valdez from continuing to take steps in that direction, however. Echo Bridge has broadened the scope of 2D animated content by working on a variety of projects — often with total or near-total creative control.

“We’re missing out on tremendous opportunities to really flex our creative muscle, push the limits and boundaries of our teams and pipelines. From a business perspective, mature animated productions are incredibly undervalued and the marketplace for them is massive — there is a multi-trillion dollar global audience potential that no one in North America is even bothering to look at!” exclaims Valdez.

Among his team’s recent adult productions is the first season of Fuse Media’s Sugar and Toys, an adult comedic take on Saturday morning cartoons geared towards multicultural Millennial and Gen Z audiences. Created by Carl Jones and Brian Ash, the show has received widespread acclaim and was renewed for a sophomore run this past April. Jones also introduced the Echo Bridge team to Malaysian singer Yuna, and they would go on to create the music video for her Pink Youth single.

Valdez wrote, edited and directed the Pink Youth music video himself, set in a dystopian where Yuna and Lil Simz, who features on the track, must restore colour to the world. Though the video seems to carry a message of diversity and self-expression, Valdez hopes that audiences interpret what they want to from the visual storytelling and highly detailed background art.

He explains, “We always try to create something that will give the audience something to think about or to talk about with others, to have a conversation with the audience, not to talk at them.”

The entire Pink Youth production was created in three weeks using Toon Boom Storyboard Pro and Toon Boom Harmony — speaking to Echo Bridge’s agility and nimbleness in a digital pipeline. Though it was created before lockdown, the reason why more record labels and artists are turning to animated music videos remains the same: they don’t need a big set, they can bring together singers on opposite sides of the globe and the only limit is imagination.

A bridge to the future of animation

Looking ahead, Valdez feels the industry will remain oversaturated — across both the studio and independent scenes. With demand for original animated content continuing to boom during lockdown, he notes creators need to stop treating animation like a commodity and focus on long-lasting productions.

“For both large and small studios, it’s a great time to be in animation in the short run, but it’s the long term where I can see larger studios destined for troubled times. A pending financial crisis, potential stagflation, production budgets may continue to shrink as wage demands increase, the workforce demographic is aging and shrinking, and a lot of what I see is something similar to the 1970s for animation where more independent productions will end up taking on a much more prominent role,” Valdez predicts.

He continues, “The long term is probably going to be much more favourable to artists and animators who take the time to build a stockpile of their own content, improve their production management skillset and know how marketing works. The bigger the marketplace grows and with the massive amount of content pouring into the streaming platforms, audiences are going to continue to look for something more tangible and personal — places like Vimeo and other self distribution outlets will help create a space for artists and audiences to connect much like a painter and a patron.”

His personal hopes looking ahead? “If people are able to look at animation as they do, you know, a Scorsese film, then we’ve really hit the money.” 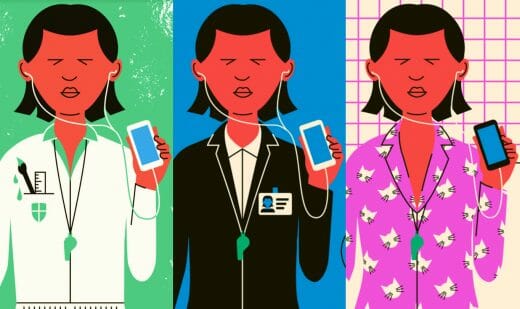 The pandemic's impact on working parents and caregivers in animation

Women today make up the majority of the American workforce, which has resulted in a notable shift away from the tradition of single income families w ... 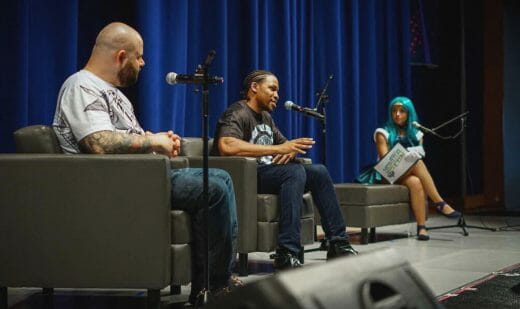 Arthell Isom and Henry Thurlow on being moved by anime

Have you ever been moved by an animated film? Arthell Isom was so deeply moved by the background paintings in Ghost in the Shell that he stu ...