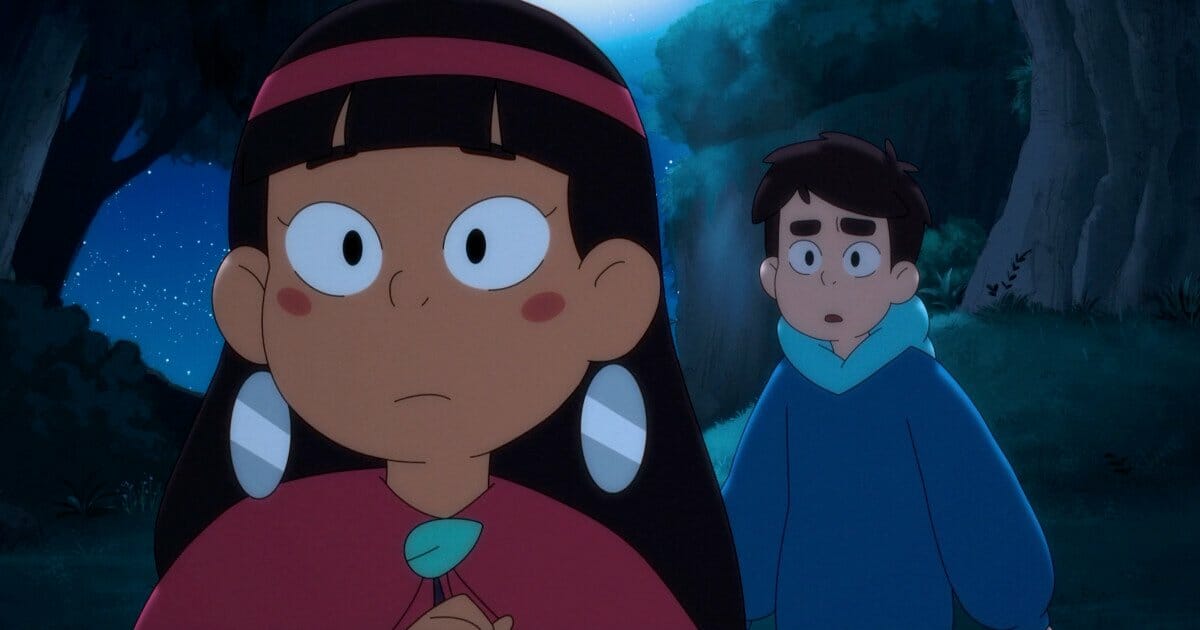 What is your greatest fear? Animator Germán Acuña helps us overcome our phobias in his beautifully-imagined directorial debut, Nahuel y el libro mágico (Nahuel and the Magic Book). The feature follows a protagonist held back in life by an overwhelming fear of the ocean, who faces stormy seas and sorcerous spells in his journey to prove himself worthy to his seafaring father.

Critics are already drawing flattering comparisons to acclaimed anime films, and it’s not hard to see why. In this feature film, we are treated to similarly lush and immersive hand-drawn backgrounds. There are geographical reasons for this parity, according to Acuña. Both Chile and Japan are archipelagos, and are naturally very green. Artistically, both places are equally capable of delivering the painfully beautiful as they are surreal.

But where Japanese mythology has been well-represented in movies and animation, the rich indigenous mythology of Chile’s ‘land of sorcerers’ is still unfamiliar to many international audiences. Having earned a nomination at this year’s Annecy Film Festival, Acuña’s film may be about to change that. Will Nahuel y el libro mágico introduce Chile’s folklore to the world? We spoke to Germán to find out more.

What was it like having Nahuel and The Magic Book in competition at Annecy?

Oh, it’s been great, with a lot of good feedback. The Annecy Festival is super relevant for the animation world, so it was the perfect way to start the festival journey for the film. Being the only Latin American feature in competition also means a lot to us.

How long did this film take to make and how many artists were involved in the production process?

It was five years of production and this involved around 150 people. We had teams in Chile, Peru, Brasil, Argentina and Philippines – and also freelancers from a bunch of other countries.

We read in an interview with Remezcla that your team drew inspiration from Japanese animation, not just in terms of style but also in terms of timing. How did that have an impact on your approach to scenes in this film?

It was a stylistic decision, but also a strategic one. We wanted to achieve good quality animation but be aware of the budget at the same time, so a limited animation approach seemed to be the right call to us. We did a lot of animation tests before we started, so the team had a clear reference of the style. For example, we reduced the stretch-squash to a minimum, and tried to focus on the synthesis of the movement.

A brief look at the production process of Nahuel and the Magic Book from Carburadores TV.

How would you describe the animation process and what role did Toon Boom Harmony play in the production pipeline?

We use a ‘tradigital’ 2D pipeline. We started using Storyboard Pro to make the animatic and some parts of the animation layout. Then we moved to Harmony for finishing the layout process, as well as animation, cleanup and coloring. The whole experience was a great opportunity to dive deeper in the features and to gain some extra abilities.

Toon Boom Harmony offers some cool features drawing-wise: the possibility to draw using a vectorized line allowed us to have a better control in the tiedown and cleanup steps — correcting drawings more easily, copy-pasting specific parts, or controlling the line size. Also, having vectorized drawings and the possibility to create and import-export colour pallets made it possible to have a really fast and secure colouring process. This was really helpful for us, especially because an important part of these last processes were done by different teams in different countries.

Now as a studio we are finishing a Toon Boom training process, and a professional certification in advance rigging and cut-out animation. To have the possibility to combine powerful rigging tools and drawings features makes this a really powerful tool, and we are excited to start testing the maximum potential of the software. 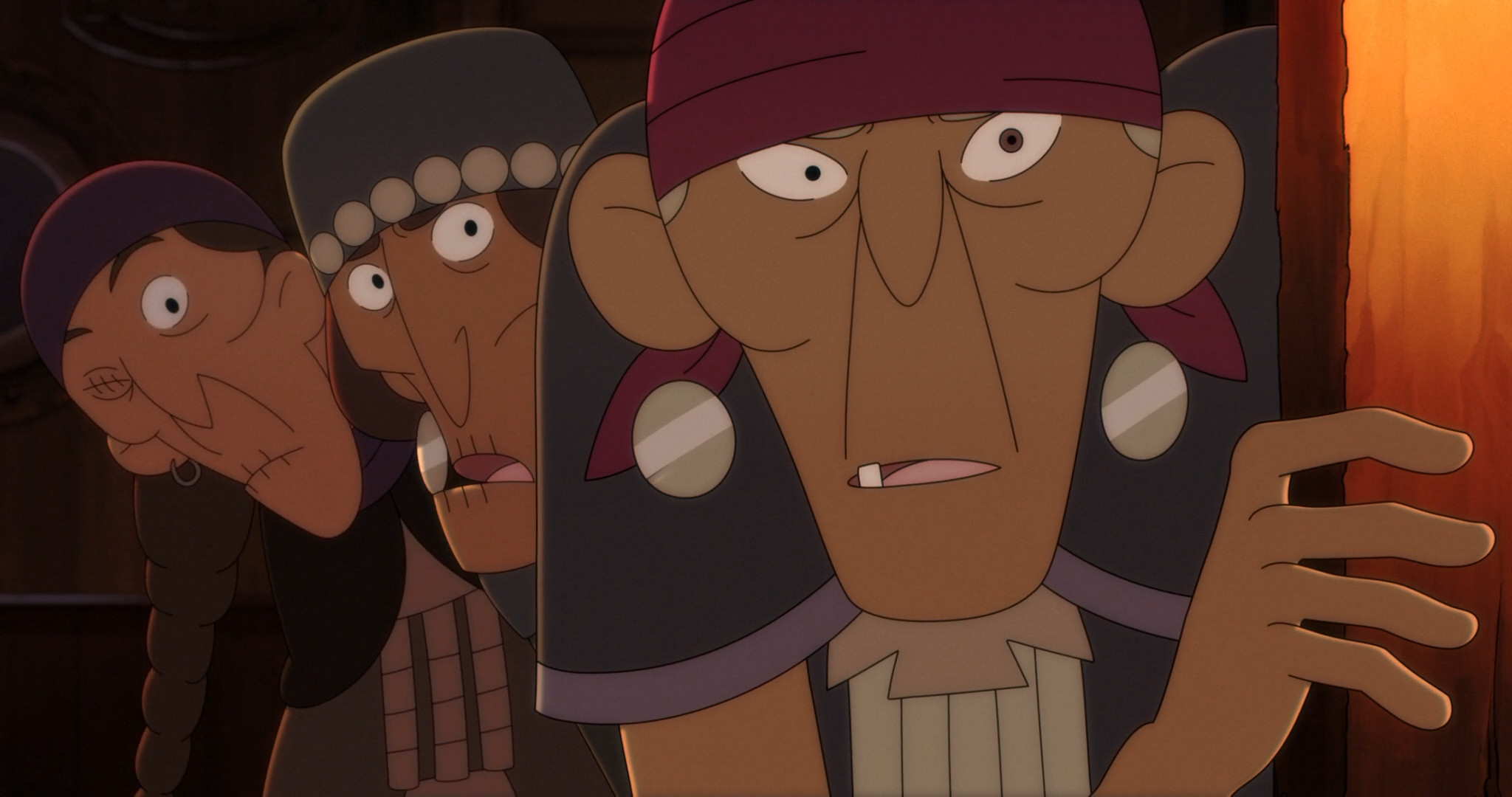 What were some of the sources of inspiration for your film, both in terms of design and visual storytelling.

As a team we have different references, such as authors that we like, but I think it is fair to say that the Studio Ghibli films are an important one. You can see that influence especially in the work of the backgrounds. Personally, I’m a big fan of Oga Kazuo, and painting backgrounds is one of my favorite tasks. I tried to do as much as I could within my ‘spare’ time. Many times I envied the background team, wishing to be alongside them, painting using headphones, with no more worries than to do a good job!

What are the original Chilean folk tales that inspired the story?

The film feeds from different myths and folk legends of the Chiloé archipelago. This southern part of Chile is very special, some places feel frozen in time and nature can unfold in front of your eyes in very dramatic and beautiful ways. To me, the most attractive thing is the mythological level that exists there: an amalgam between local indigenous culture, mixed with the religious traditions imposed by the Europeans that arrived there.

These legends, myths and magical creatures are very much alive in people’s imaginations, and I wanted to create a film that could take these elements and weave them into a story that feels universal, fun and with an emotional level too. So, despite obviously being a fictional story, many of the characters, names and places that you can see in the film are very inspired in myths and actual places. There are some very clear references to Mapuche culture too. We tried very hard to combine respectfully the fictional aspects of the story with these cultural elements. Our intention was that the film exists in the ‘pop-culture’ space, so through an entertainment product we could reach kids, and get them excited about this Sudamerican cultural element. 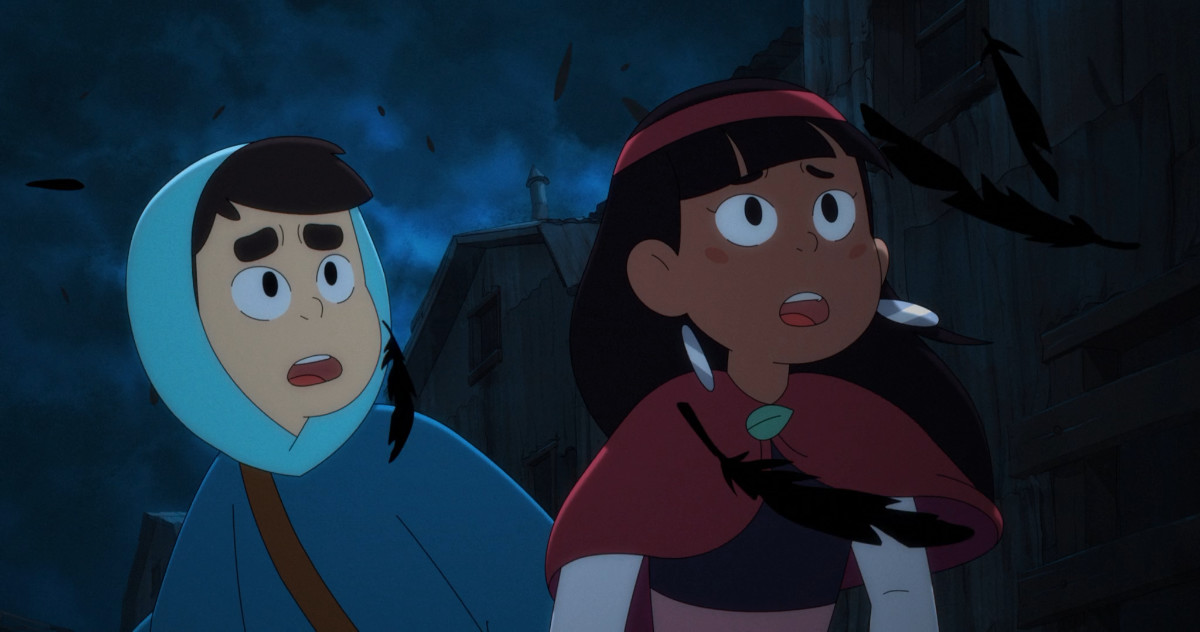 What scenes in the film were the most artistically or technically challenging for your team?

We have a few ‘storm in the ocean’ scenes, with a lot of things happening at the same time: 2D animated FX, character animation, 3D elements, CGI VFX and compositing. To coordinate all these elements without losing the style, I think, was one of the main technical challenges.

Was there anything that surprised you during the production process?

Although our studio has more than 13 years of existence, and we have a lot of experience dealing with smaller projects, doing a feature film is a whole different story. It is like comparing the 100 metre sprint with a marathon. So we had a few surprises along the way – things that maybe we didn’t anticipate so much – but nothing impossible to overcome. I think that every production has its own battles, the important thing is to have the disposition to deal with them in the right way. Eventually you’ll gain more experience. 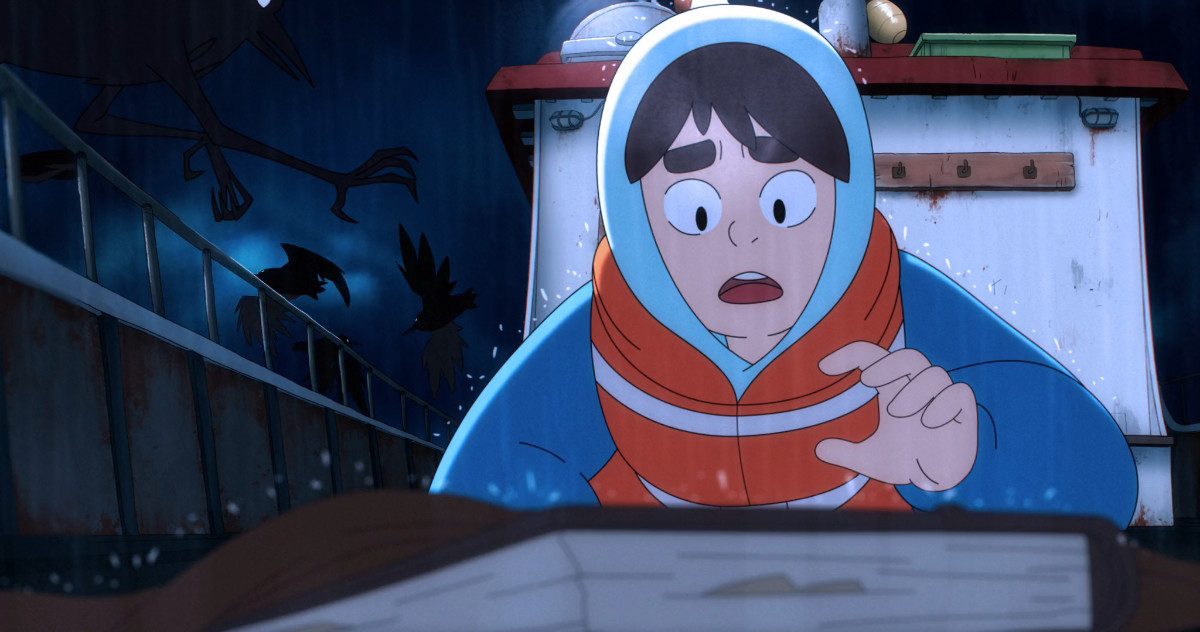 Top Animation News is a weekly column that rounds up the biggest, best and breaking stories from the animation industry. This edition covers December 6 t ...