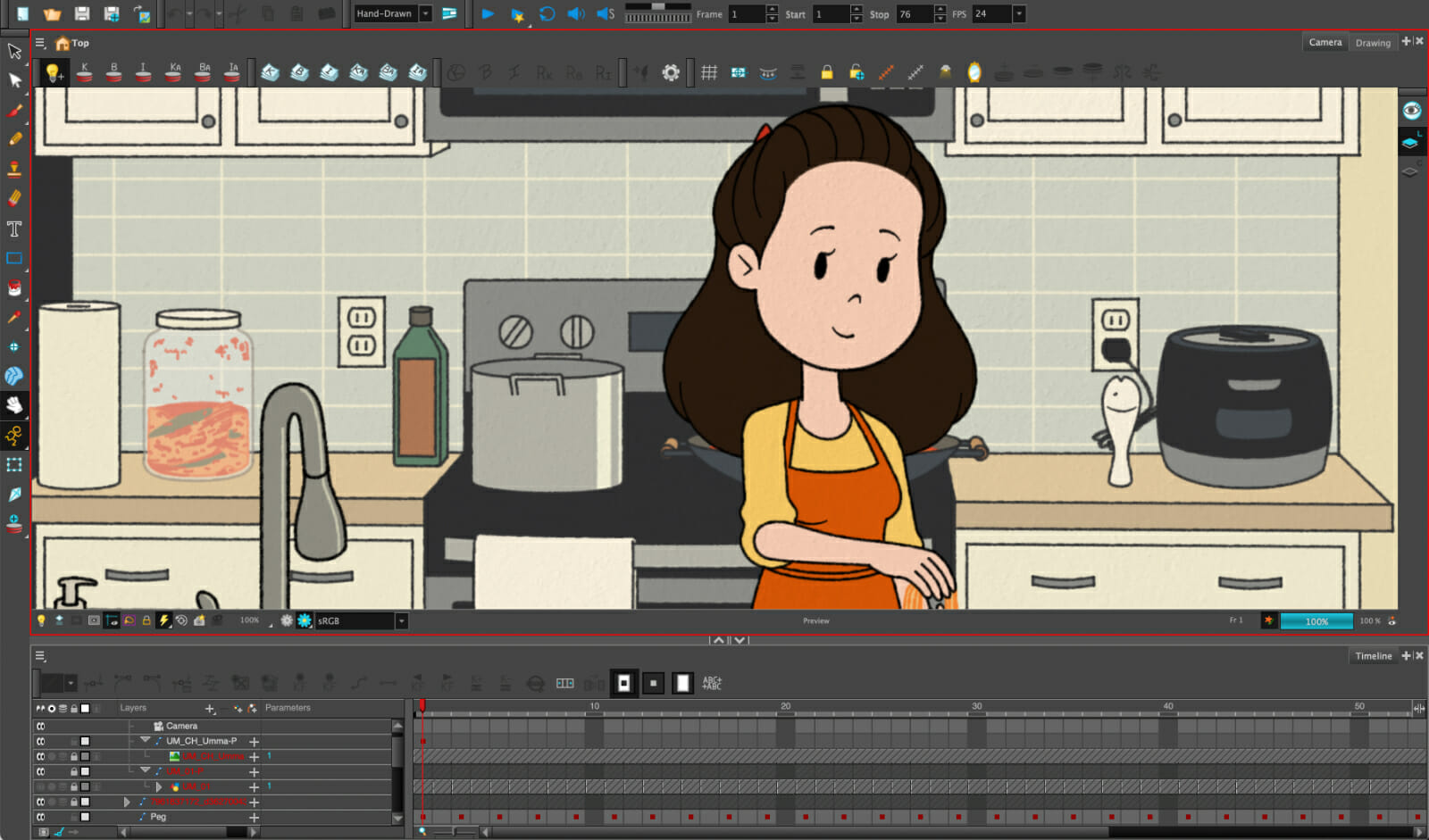 Ryan Imm is a Korean-Canadian artist based in Atlanta, GA, where he works as an animator at Primal Screen. He has worked on several animated series for both prime time TV and streaming services, but ultimately dreams of animating on a 2D feature-length film. His sequence depicts the preparation and enjoyment of a family meal. We caught up with Ryan to hear about his inspiration for the scene, and how he went about creating it!

Can you describe the story that your scene tells?

This scene depicts my mom preparing Sundubu Kal-guksu, which is Korean tofu stew with knife cut noodles. It’s enjoyed by the family, as good food is made better with good company. So it’s safe to say this scene was inspired by my own family traditions.

What inspired this scene?

The scene for sure was inspired by my mom’s cooking. But I also wanted the scene to be a celebration of Korean food and culture in general. So the obvious choice was to tell the story through the lens of my own family. I was very fortunate to have delicious food growing up — I guess I kinda still do! — but I wanted to portray the warmth and comfort that comes with enjoying good food with other people.

Could you explain what your process for frame-by-frame animation was? How did you approach it?

I approached every stage from storyboards to animation the same way for this scene, at least from a drawing perspective. I drew with the intent to copy, paste, and edit a lot. To save time by not having to draw every frame from scratch.

I would draw a pose, and then copy paste that pose into another frame. Then, I created another pose by taking that drawing and selecting certain parts of it, and editing it by either selecting vector points with the contour editor, or by transforming with the select tool. This method is actually pretty similar to cut-out animation, in terms of getting a lot of mileage out of a few key drawings. All the animation was cleaned and colored, I added in line boil and a subtle texture to soften the scene just a little bit.

I have used this copy, paste and edit method a little bit on the job. In TV animation deadlines can be tight, so we very much emphasize working smart!

What Harmony features did you most rely on to create this scene, and why?

Being frame-by-frame animation, I definitely relied the most on Harmony’s drawing tools. Working in vector allows for a lot of flexibility in terms of drawing efficiently. And being able to manipulate a line without the loss of quality that you get from like a raster program is extremely convenient. Especially when you’re working with textured lines like I did in this scene. It’s so easy to just add a control point to a line and then adjust the bezier curves to get exactly what you need. The drawing tools for Harmony are really good, so it’s a given that I would lean on those the most!

Overall I’m pretty happy with how the kitchen came out, especially because it actually looks like my parent’s kitchen. When I showed them the scene, they couldn’t believe it, they said, “What!? This is our home!”

What feature of Harmony was your favourite to use in animating this particular scene?

In my work I rely the most on the drawing tools, but for this particular scene I found the color override node super useful. It was helpful for easily creating the line boil effect. Traditionally when you’re doing line boil, you have to redraw the same drawing once or twice, and it can be very time consuming. But with the color override node, you can just add a peg, and then you get all of that for free pretty much — it does it automatically for you. It saved me so much time. Like I mentioned earlier, it’s always best to work smart, not hard!

Another favourite tool of mine in Harmony, not just for this project but for animating in general, is the select tool. You can select a drawing, move the pivot point, and then just rotate from there. It’s really robust, and I’ve found that other programs don’t have that feature.

What advice do you have for artists who are just starting out with using Toon Boom Harmony?

I definitely recommend getting comfortable with the node view. I know it can be intimidating when you’re just starting out, but once you begin to understand it it becomes such a powerful tool.

So my advice to artists who are new to Toon Boom is to play around with node view. Become best friends with it, and experiment with it. There are tons of tutorials online that can help you get started with node view, and there’s also a Toon Boom Discord server that I recommend checking out for tips and advice. I’m in it myself, and I’ve learned so much just from lurking the channel! 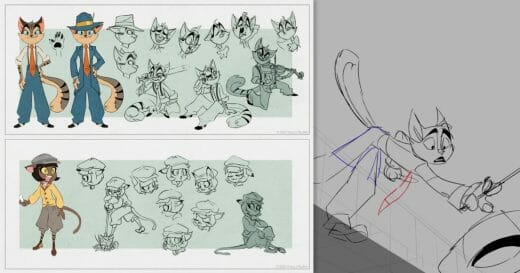