Top Animation News is a weekly column that rounds up the biggest, best and breaking stories from the animation industry. This edition covers May 3 to 10, 2019.

2. Fox-Disney release schedule stretches into 2027
Since their $71-billion merger earlier this year, Disney and Fox have made adjustments to their release schedule stretching all the way to 2027. This includes three mystery Star Wars films and four Avatar sequels, though still no official word on next year’s Marvel slate. Additionally, there are multiple animated projects on the list including Frozen 2, the Bob’s Burgers movie and three Untitled Disney Animation movies between 2020 and 2022.

3. Prince Harry and Meghan Markle inspire new animated series
Not even a week after the birth of the new royal baby, Archie Harrison Mountbatten-Windsor, a new animated series inspired by his parents has been announced. Titled Royalty, the toon is being created by 5-0 Entertainment and is currently in preproduction. “Perhaps the greatest lesson that the Royalty animation series holds is the idea that one should ‘keep moving forward,’” says executive producer Melanie Greene.

Dig into the Molyneux overall deal details on “Variety”. 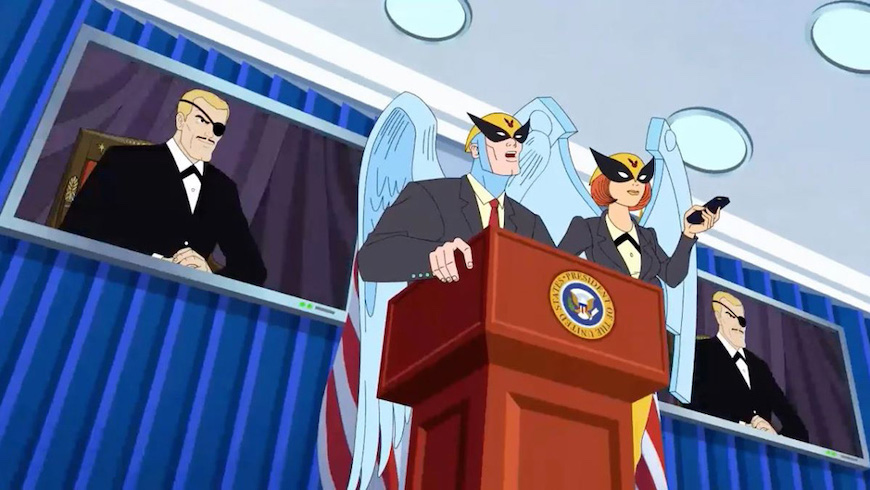 5. Birdgirl gets greenlit by Adult Swim
A Harvey Birdman, Attorney at Law 2D animated spinoff, Birdgirl, has officially gotten the green light from Adult Swim. Paget Brewster will continue to voice the titular character after playing her on the parent series, which originally ran from 2001 to 2007 and was brought back as a special in 2018: Harvey Birdman, Attorney General. Birdgirl follows the eponymous heroine who also happens to be the CEO of the world’s largest and most nonsensical corporation, and will be animated by Awesome, Inc.

Fly into all the Adult Swim Birdgirl info on “The Hollywood Reporter”.

Head over to “TV Guide” for more about Fox’s The Great North.

8. VIDEO: Funan gets a full-length trailer from GKIDS
Distributor GKIDS has debuted a full-length trailer for award-winning French-Cambodian animated feature Funan — brought to life in Storyboard Pro and Harmony. Directed by Denis Do, it is inspired by his own mother’s journey and follows a young woman fighting for survival in 1970s Cambodia under the Khmer Rouge regime. Funan will receive a limited release in select New York theatres beginning June 7 and heads to LA on June 14.

Watch the full-length Funan trailer above and read more about it on “Animation Magazine”.

9. Esme & Roy are back for a second season
After a successful first season, Sesame Workshop and Corus Entertainment’s Nelvana are bringing children’s cartoon Esme & Roy back for a sophomore run. It will include 26 x 11-minute episodes and a 22-minute special that will air on Treehouse (Canada) and HBO (US) in early 2020. Esme & Roy follows the eponymous monster sitters as they help creatures work through everyday situations, and is created in Toon Boom animation software.

10. The Mighty Grand Piton combines Caribbean culture and anime
While most would consider anime a style of the Far East, it headed straight south to the Caribbean with The Mighty Grand Piton. Created by Wesley Louis, the animated short honours his Saint Lucian roots and follows a young British girl who returns to the island to reconnect with her family’s roots — and stumbles upon a hidden giant robot. He worked with East London company No Ghost to create a hand-drawn animation cell look using 3D techniques.

Check out The Might Grand Piton short above and read an interview with Louis on “Fader”. 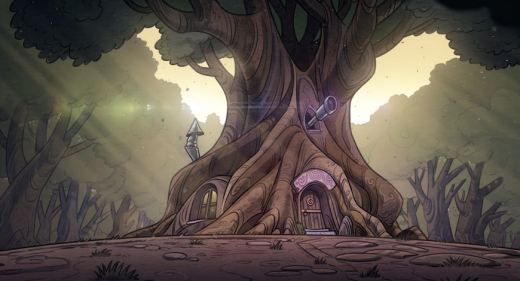