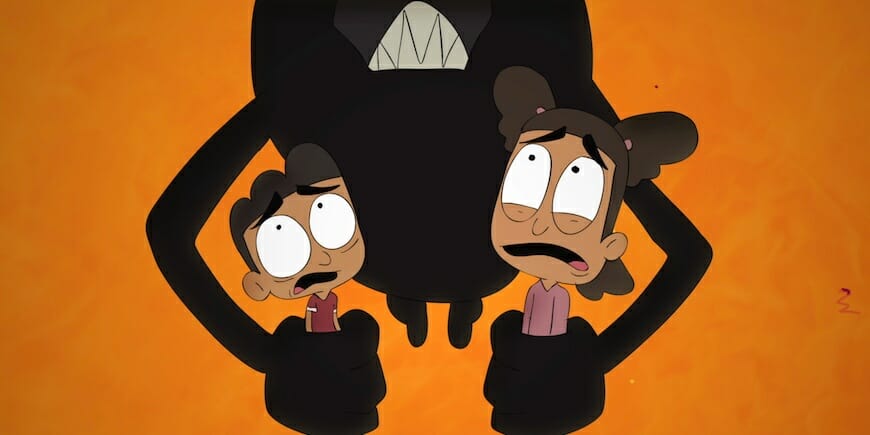 A year ago, Chaz Bottoms was graduating from DePaul University’s BA in animation. His senior thesis project, a seven-minute short titled All Kids Go to Hell, was just beginning its international journey. The film would go on to be screened across the United States, in Italy and at the 2018 Cannes Festival Corner — successfully bridging the gap between academic and audience acclaim.

All Kids Go to Hell won Best Student Short at the 2017 Las Vegas Black Film Festival and was a finalist at the 2018 The Animation Studio Festival and 2017 Chicago South Side Film Festival. It follows two orphaned siblings who use a ouija board to ask the Devil to adopt them and was entirely animated, designed and edited by Bottoms over the course of four months. Naturally, with such a hellish timeline and divine results, his talent was brought to life using the tools in Toon Boom Storyboard Pro and Toon Boom Harmony.

Now that it has completed the festival circuit, All Kids Go to Hell has been made available for public viewing. Be among the first to watch it below:

Having moved to Los Angeles in the past year, he also had the opportunity to further and future-proof his skills at the free Toon Boom Animation Career Camp. We caught up with Bottoms after the event to learn more about getting All Kids Go to Hell successfully on the festival circuit, why the devil is in the details making a short and his favourite parts of using Storyboard Pro and Harmony.

Hi Chaz! How did you get All Kids Go to Hell into so many festivals?

CB: All Kids Go to Hell actually isn’t the first successful festival run I’ve had. In 2016, I produced a short film, Introvert, that didn’t win many awards but was shown at marketplace festivals and was picked up to air on AspireTV’s ABFF Independent series, which was insane! The process is really simple: I use FilmFreeway and Withoutabox for festival submissions. You essentially make a film profile film and can submit to various festivals on a database.

Before 2016, I was submitting to festivals but not having a ton of success. It’s something I learned to budget for when making a film. As I’ve gone through the process, I’ve discovered the most important thing when submitting to a festival is knowing the history and audience of that festival! Introvert found success because I think it has a really good niche audience and I developed and expanded that audience with All Kids Go to Hell.

Do you have any other tips for other young animators hoping to do the same?

CB: If you’re making a film that you want people to see, you have to be mindful of their expectations and points-of-view, especially because there’s an insane amount of highly specific film festivals! Also, don’t be afraid to email those who work for festivals. There are people behind those addresses who more-often-than-not are as jazzed about animation as you are. Introduce yourself, tell them about your film, ask about waiver codes and discounts, and be super polite! Also, try to submit to festivals you can actually go to. Doing Q&As, meeting other filmmakers and having the experience of seeing your film play are invaluable, plus it’s amazing networking. 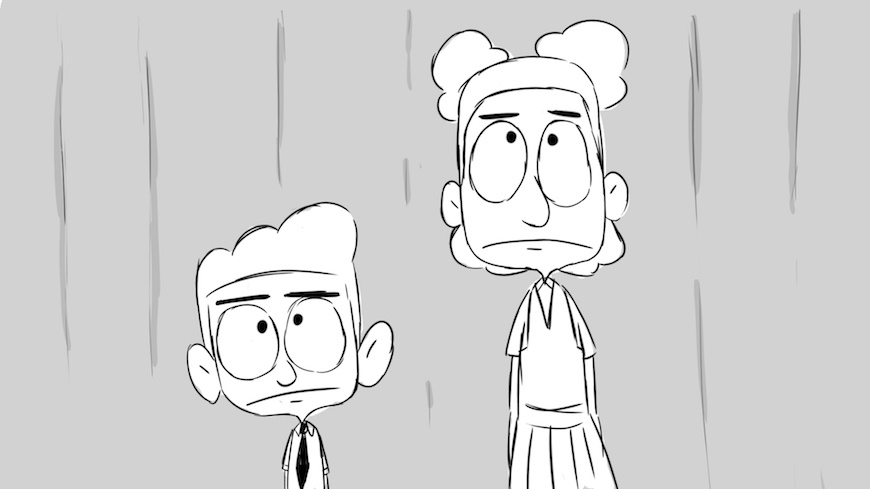 Speaking of amazing, your film looked great! Where did you learn to animate in Harmony?

CB: Toon Boom Animate was the first animation software I learned! I used the documentation guide to teach myself that. When I got to high school, I taught myself Harmony in a similar fashion — utilizing the documentation, forums and any tutorials I could find. It’s been a continual process of refining already learned skills while also trying to stay on top of new features.

Were there any features in Storyboard Pro and Harmony that helped production of All Kids Go to Hell?

CB: Using Storyboard Pro to board the film helped a ton in organizing the layout and editing. The story went through many iterations and having a software that allowed me to see my short played out was huge; I was able to make revisions on the go. It’s really amazing how seamless Storyboard Pro and Harmony work together. This was the first film I had done exclusively in that process and now it is my pipeline.

Using the camera and some of Harmony’s built-in effects helped on a few shots. There’s a scene where we see a ton of celebrities in Hell that Harmony and Storyboard Pro made it easy to pull off.

What were the biggest challenges and rewards of creating All Kids Go to Hell solo?

CB: The biggest challenge was doing all the visual work by myself! We had 20 weeks to go from initial pitch to final film. In addition to designing the characters and backgrounds, animation and post-production, I also had to cast actors, write the script, do test screenings and a bit of sound design. 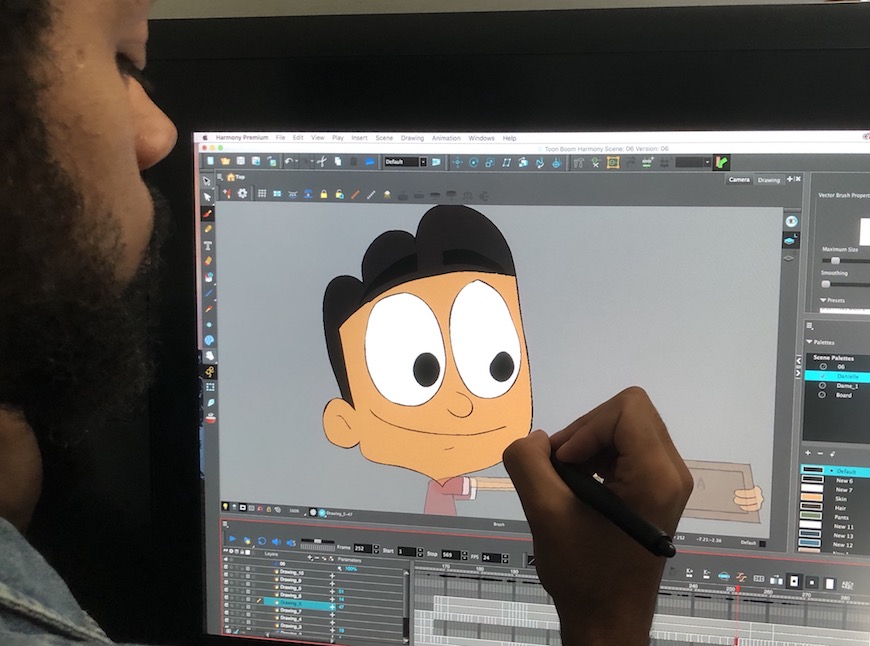 What is so rewarding about that is having that flexibility to make those changes relatively quickly because there’s no middleman. Seeing how well the film has turned out and the praise it’s received is incredible because I know a lot of it came from the heart and dedication I have to animation.

Speaking of dedication, I know you are a Toon Boom Learn Portal user. Did you use it during production to help learn skills?

CB: For a few of the effects I discussed earlier, I went to the Toon Boom Learn Portal for some help! Tinting palettes to match various times of day was insanely helpful. Also, learning how to use basic nodes and really understanding the node tree allowed me to quickly create the effects I wanted. Currently, I’m working on the entire Harmony and Storyboard Pro journeys because I know if I take the time to really learn the software, my work has the opportunity to be produced more efficiently and to look better.

And how did you hear about the LA Toon Boom Animation Career Camp?

CB: Toon Boom’s Facebook page! The camp was incredibly eye-opening to all of the amazing features Harmony has to offer. Learning in-depth rigging techniques and puppet animation is what I took home the most. As a digital traditional 2D animator, it’s where I want to improve.

What’s next? Any upcoming projects in Toon Boom software you can tell us about?

CB: I’m currently based in LA freelancing while looking for an in-house studio position. In the meantime, I’m producing music videos, doing illustration work and developing my portfolio.

Last year, there was a Kickstarter for The Indies: An Animated Short (also produced in Storyboard Pro and Harmony) and they were able to raise over $50,000 to create a pilot. It’s a hip-hop sci-fi dystopian cartoon that has an all-original soundtrack. Blue Geek Music contacted me to co-direct the short after seeing All Kids Go to Hell and some of my other work. I can’t say too much else about that short, but it looks fantastic and hopefully we can share it with the Toon Boom community when it’s ready!

Do you have a project you’d like to share with the Toon Boom community? Let us know in the comments below!

Looking for an animation job? You should be ‘tooning’ into Montreal

Montreal animation is booming For many, “Montreal” conjures images of snow-laden cobblestone streets in the historic Vieux Port, hockey and Canuck cu ... 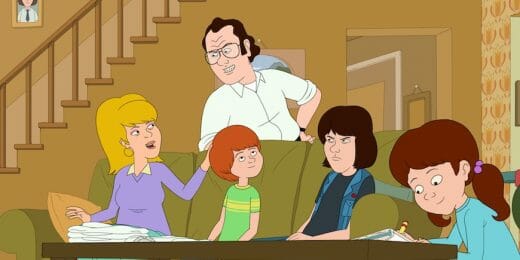 Top Animation News is a weekly column that rounds up the biggest, best and breaking stories from the world of animation. This edition covers November 9 ...