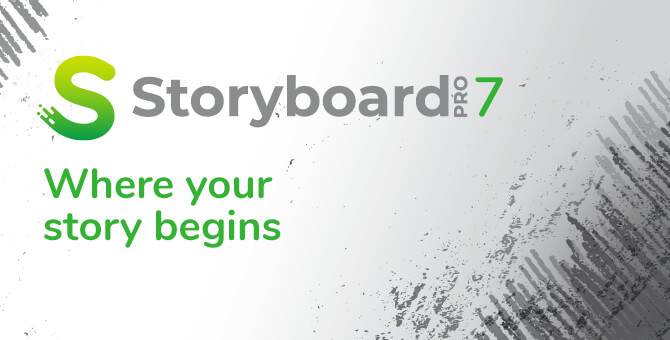 Discover the tools you need to plan your next project

"Whether you are working on a feature film or a 30-second commercial, storyboarding is the first step in the process where the script is adapted into visuals," says Francois Lalonde, co-president of Toon Boom Animation. "Storyboarding is when artists should experiment and test new ideas, before bringing in camera crews or teams of animators. The newest features in Storyboard Pro 7 support that spirit of creativity and collaboration."

Trusted by major studios, artists, freelancers and students worldwide, Storyboard Pro is the industry standard for planning animated and live-action productions across television, films, commercials, video games and other forms of media. It has been used to plan feature films from Makoto Shinkai's Japanese anime blockbuster Your Name to Netflix's first original animated feature Klaus, to television series like The Walking Dead and Bob's Burgers.

Storyboard Pro 7: Where your creativity is the only limit

Storyboard revisionist Mike Morris (DuckTales) collaborated with Toon Boom on Storyboard Pro 7's demo videos. As with many artists in TV pre-production, Morris has been working in the software for years.

"As an artist, Storyboard Pro has everything I need to go from script to screen with a storyboard, including vector-based drawing and editing tools." says Mike Morris. "When I want to work independently, this gives me the freedom to create full storyboards and animatics without a large team and a ton of other software."

Visit the Storyboard Pro 7 product page for an in-depth review of all the new features and product enhancements.