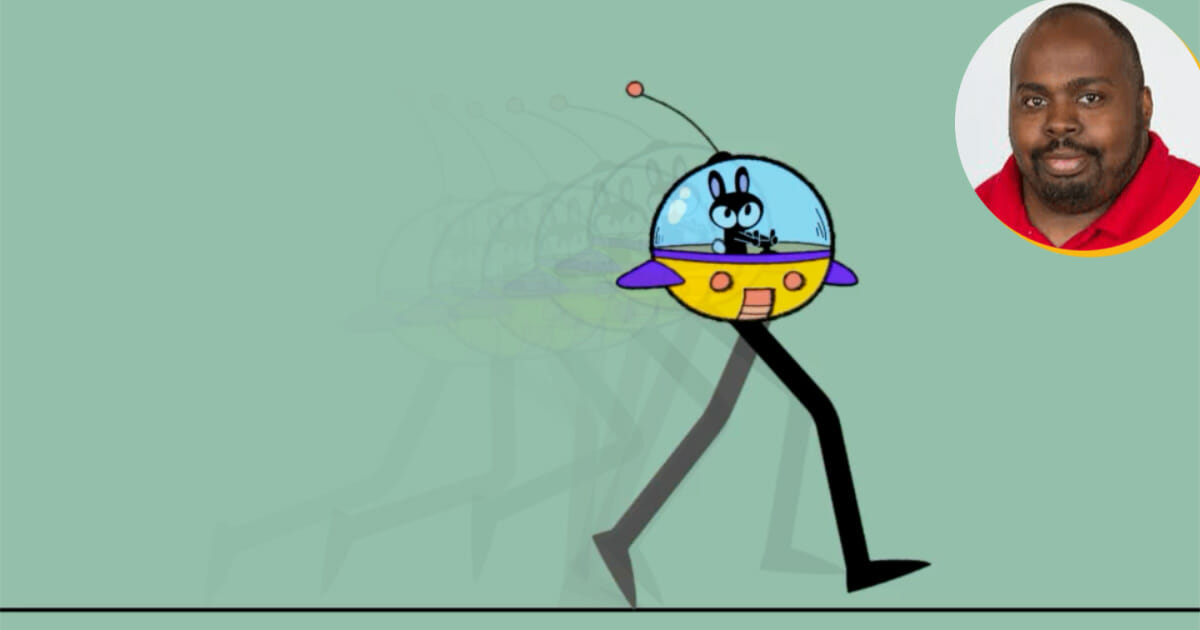 Tony Ross (also known as TonyTeach) is an animator and instructor who has taught courses for the Atlanta College of Art, Lynda.com and LinkedIn Learning. He has also worked with Toon Boom to get artists and animators comfortable with working in Harmony Premium — professional animation software used at animation studios around the world — and has helped independent animators develop their production pipelines.

We brought Tony onto our Twitch channel to talk about his experience teaching our new remote training course, Harmony Fundamentals. Harmony Fundamentals is intended for artists who are new to Harmony and want to gain a foundational level of general knowledge in all of Harmony Premium’s main functionalities. Participants learn core features and functionalities of Harmony Premium, including but not limited to animation concepts, basic frame-by-frame animation, cut-out animation, rigging, and compositing.

Read on for excerpts from our conversation, samples from the Harmony Fundamentals course, and Tony Ross’ character rig, Berry Angry.

You brought one of your own rigs to show to our community. What can you tell us about Berry Angry?

I wanted him to look like this sweet strawberry, but he literally has a bite out of him because he’s bitter, so no one actually ate him. He’s this little angry kind-of thing. On top of that, I had stopped drawing for the longest time, so I said, “I’m gonna force myself to work on this character.”

Most of my drawings that are on TonyTeach are done by my colleague, Chris Cartledge. And for this one, I was like, “No, I’m not going to have Chris do any of this. I’m going to draw it. I’m going to rig it. I’m going to do all these things.” And so I worked on Berry Angry, I kept going for 30 days, spending at least 30 minutes per-day on this project. It ended up taking way more than that amount of time.

The concept of creating this rig was so I could create memes, stickers or even t-shirts with this character, and animate with it. In fact, I wanted him to be a very simple rig, but at the same time, he’s kind-of complex. Like if I were going to do a quote-unquote series, could I work with this on my own? So it is very basic, with all of these curve deformers, but the way that his arms are set up, they’re actually split in half so I can do foreshortening and arrange it if his arm was to go in-front or behind.

What do you enjoy most about introducing artists to new tools, like Harmony?

Honestly, I like Day One training. It’s usually where people have not messed with the program at all, or they might be coming from other programs. One of the teaching methods I use is I get them animating or creating something for an ‘aha!’ moment within the first 30 or 45 minutes of the class.

They’re animating these simple dots moving across the screen. I will say, “Alright, we’ll start this dot on the left side of the screen. On your keyboard there are less-than and greater-than keys (< and >) to advance to the next or previous frame.”

They will start drawing dots, and I’ll teach them how to turn on the Onion Skin. And then I’ll say, “Let’s draw another dot a little bit further ahead.” I will talk about how the closer the dots are together, the slower the movement is, and if you want to speed it up, you spread the dots out. Maybe it does a little line here, so it’s going really fast…

And so I’ll be teaching them this, and I’ll say, “Okay, keep going. You just need to get from one side to the other, nothing fancy. Don’t try to draw any wings or anything like that. And so they’ll do that. Then I’ll say, “That’s great. You know what? It needs a friend.” And I’ll have them make another layer, and teach them about adding colour.

I didn’t go in and say, “Well, here’s a selection tool, or you’ve got to worry about pegs or the node view.” It’s like, “nope, let’s just do these dots.” And doing that, for me, it’s one of my favourite go-tos because I’ve taught that to college students, I’ve taught that to parents of college students in about 30 minutes. At the end of it, I can say, “Okay, cool, that’s great. You have just done straight-ahead animation, which is one of the more difficult types of animation to do, and you’ve done it in this program.”

How did you first learn about Toon Boom and what led you to try software like Harmony?

Funny story about that: This was about, I want to say a little over 10 years ago, maybe? And I remember looking at the software, and I think it was Toon Boom Animate. I saw a demo and I was blown away. At the time, I was just strictly using Flash.

And I reached out to you and I said, “This looks really cool. I’d like to take a closer look at your software.” I think your head of marketing reached out to me, and we started a conversation. And so I started playing around with that. Having come from a Flash background, the cool part is when I have to teach anyone else how to use the software, I can say, “Here are the pitfalls you’re going to run into.”

You’re teaching the Harmony Fundamentals remote training course with us. What can artists learn by taking that course?

Oh, good grief… The coolest part about that is you are learning some of the most efficient ways of actually working, with how to name your layers, working with importing things, working with your brushes, and different tools. You get to play around with the Node View and how to work with compositing. There’s even some basic rigging that you go through. It’s one of those things where, again, it eases you into it without being overly-intimidating.

I think one of my favourite things that we got to do was playing around with and seeing different rigs. Whether it’s rigging out an arm… or there’s this one character called The Walker, so you’re actually seeing how different people put things together, because not every piece is actually done by the same artists.

You really get to see that thing of, I think Photoshop is similar where it’s like there’s one-thousand-and-one ways to do the exact same thing. Harmony is kind-of the same way, where one way to rig a leg for walking is from the top-down, and another way is from the bottom-up. Are you going to be using any type of deformer? How do you really start working with that?

So there is a lot. But at the same time, it’s done in a way so it’s not overwhelming. Before you realize, you’re like, “Wait, I actually know how to do that other thing.” And that’s kind of cool.

I think I had at least had one or two flubs, but the awesome thing about a flub when you’re teaching this program is going, “Well, why didn’t that work?” And one of your students will say, “You forgot to do blah.” I can say, “Yes, you remembered that. That’s awesome. I did that on purpose.” Little fun things like that.

In your view, who is the ideal student for Harmony Fundamentals?

Either you are just getting into animation, you’ve animated traditionally and want to take a look at Harmony, or you have used other programs.

Harmony is kind-of known for for having a steep learning curve. For those people who are like, “I tried to follow this and I and I didn’t quite get it.” It’s definitely for them. It’s also definitely useful for college students and if teachers are trying to show people the program, I think it’s also pretty cool for them.

What is your approach to teaching?

Honestly, it varies. I think the the one consistent thing I do is I will usually do project-based learning. At the same time, I’m going to throw about two or three different things into one piece. Even with the dots, I don’t tell them that’s what I’m doing this at the time.

So to throw all of those things together, I might say, “We’re going to do this project.” I’m not going to tell them all of what they’re going to learn. That my way of approaching it, so you’re not scaring the end-user.

I’ve sat down and shown basic things to teachers, and there’s no way I would start by telling them, “By the way, here’s what a peg is. Or here’s what a Node is.” I can show them that later. Right now I just need to kind-of go, “Yes, this is teachable. Yes, it’s approachable.” So I almost trick them into learning before they realize it.

Want to learn more from Tony Ross? Be sure to subscribe to his channel on YouTube and visit the TonyTeach website. Tony is also an instructor for Harmony Fundamentals, which can be found on the Toon Boom Training Courses page. 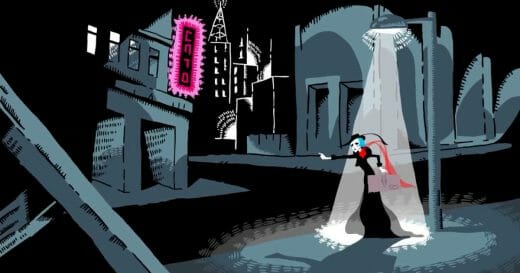 Alessandro Correa is an animator, illustrator and college professor based out of São Paulo, Brazil, and is currently featured as a Toon Boom Ambassador. ...