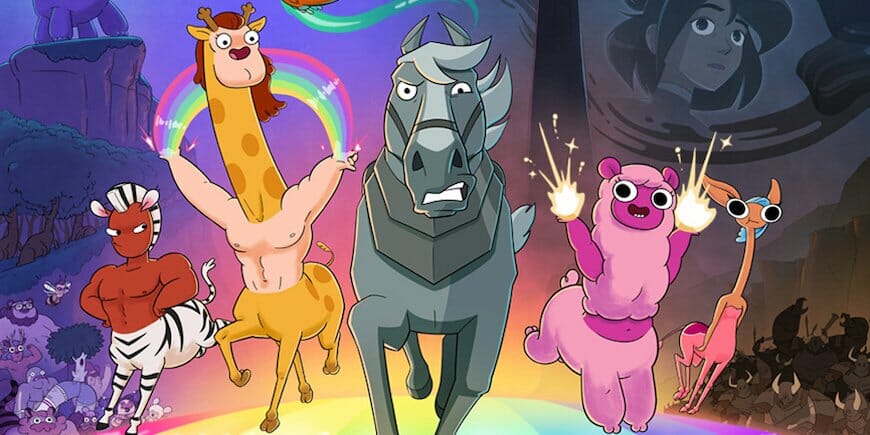 Top Animation News is a weekly column that rounds up the biggest, best and breaking stories from the animation industry. This edition covers August 30 to September 6, 2019.

1. Centaurworld gallops onto Netflix
Netflix has greenlit animated series Centaurworld from Megan Nicole Dong (How to Train Your Dragon 2). The 20-episode order will be produced by the streaming giant’s in-house studio, Netflix Animation, and tell the tale of a warhorse who arrives in a fantastical world filled with silly, singing centaurs. Dong is the third woman to become a first-time toon showrunner at the Netflix Animation, joining Elizabeth Ito (City of Ghosts) and Shion Takeuchi (Inside Job).

Ride into the Netflix Centaurland details on The Hollywood Reporter.

2. Adult Swim spirals with Uzumaki horror anime
Junji Ito’s classic horror manga series Uzumaki is being adapted into a four-part anime for Adult Swim, set for release in 2020. It’s centred on a town that inexplicably goes insane after becoming increasingly obsessed with spiral shapes in everyday life and objects — leading to suicides, murders and haunting ghosts from the past. The animated Uzumaki series will be directed by Hiroshi Nagahama, be scored by composer Colin Stetson (Hereditary, Red Dead Redemption 2) and be part of Adult Swim’s Toonami partnership with Productions IG USA.

3. Todd McFarlane gives us Hell with two animated Spawn series
It’s been over two decades since HBO first adapted Todd McFarlane’s Spawn comics into an adult animated series, and now the creator is back at it again. At Fan Expo Canada, McFarlane let slip that he is developing two toons set in that universe: one for kids and another for grown-ups. He said, “We’re talking right now. I just had a couple meetings this weekend about a couple different animation looks, both something that we can get kids in at a younger age and then get them into the sort of crack cocaine version of Spawn. And then do the adult one. So we’re talking about that. I think both of those come after the movie.”

See the full Spawn interview with Todd McFarlane on Comicbook.com.

4. Dragonkeeper signs its director and voice stars
Spanish-Chinese co-production Dragonkeeper has found its director in Salvador Simó (Buñuel in the Labyrinth of the Turtles) as well as its voice stars: Bill Nighy (Love Actually), Bill Bailey (Hot Fuzz) and Naomi Yang (Lilting). Based on the fantasy book series of the same name by Carole Wilkinson, the story follows a slave girl named Ping who cares for dragons held captive by the Emperor and makes it her mission to save the beasts from extinction. Dragonkeeper is the biggest co-production between China and Spain to date, and is set for a summer 2021 release.

Dig into all the Dragonkeeper details on Animation Magazine and read more about China’s growing animation industry on the Toon Boom blog.

5. Fox buys animated Western comedy Saloon
Fox has been purchasing and producing a ton of animated series — most recently, Saloon. The comedy cartoon is from writers Elliot Kalan (The Daily Show with Jon Stewart) and Jenny Jaffe (Big Hero 6: The Series), and will likely be brought to life by Fox Entertainment-owned studio Bento Box (Bob’s Burgers). Saloon is set in the frontier settlement of Timmy’s Town and follows a woman named Kevin who runs the local watering hole, McClanahan’s.

6. Did you catch this month’s #ToonChat?
On the last Friday of every month, Toon Boom invites animators and artists to discuss topics on Twitter. For the latest edition, we spoke to Jake Hollander from The Animation Story Group, The Animation Guild’s president Karen C. Johnson and our worldwide community of story artists to share about storyboarding careers.

Read the full #ToonChat recap for resources, insights into how the industry has evolved and portfolio advice on the Toon Boom blog.

7. How the Ideatoon contest has impacted Latin American animation
As Pixelatl kicked off in Cuernavaca this week, the festival’s organizer José Iñesta spoke to Cartoon Brew about how its pitching contest, Ideatoon, has helped launch original Latin American intellectual properties. This year, 12 projects were up for consideration — though there were 341 applicants. Speaking about whether series or films would be better for growing the Latin American animation industry, Iñesta says, “When you work on a series, it’s continuous work. In Mexico, the nature of how funding works is that you have a feature, you get the funding, you build a large studio, you produce a film — and then you fire everybody. There is no government funding for series, though. That’s important to mention.”

8. Rapper Denzel Curry debuts new song on Carole & Tuesday anime
Netflix animated series Carole & Tuesday is the latest from the streamer to bridge hip-hop culture and anime, following in the footsteps of Neo Yukio and, Cannon Busters and others. In the toon’s 20th episode, the character Ezekiel performs American rapper Denzel Curry’s new song “Crash the Server”. The series is directed by Shinichirō Watanabe, whose previous work includes Cowboy Bebop and Samurai Champloo.

Stream the Denzel Curry “Crash the Server” Carole & Tuesday clip above and read more about it on Complex.

9. The Casagrandes premieres next month on Nickelodeon
Nickelodeon’s upcoming Mexican-American original animated comedy The Casagrandes will premiere on Monday, October 14, before moving to Saturdays on October 19. A spinoff of The Loud House (made with Toon Boom Harmony), the series follows 11-year-old Ronnie Anne who moves with her mother and older brother to the city to live with their big, titular family. The Casagrandes is produced by Nickelodeon and signals the broadcaster’s growing commitment to diverse, inclusive children’s content.

Check out The Casagrandes premiere details on Animation World Network.

10. TRAILER: The Last Kids on Earth
Netflix’s post-apocalyptic children’s comedic cartoon The Last Kids on Earth has gotten its first full-length trailer. Based on Max Brallier’s book series on the same name, the animated series will launch on September 17 with a 66-minute special. The toon follows 13-year-old orphan Jack Sullivan and his friends as they try to survive in a parent-less world filled with monsters and zombies, and is created by Atomic Cartoons using Toon Boom Storyboard Pro and Harmony.

Watch The Last Kids on Earth trailer above and read more on Gizmodo. 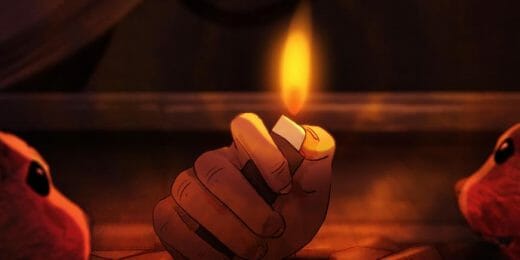 Top Animation News is a weekly column that rounds up the biggest, best and breaking stories from the animation industry. This edition covers May 1 ... 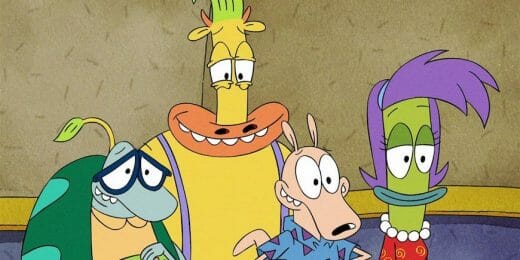 Top Animation News is a weekly column that rounds up the biggest, best and breaking stories from the animation industry. This edition covers August 2 to ...