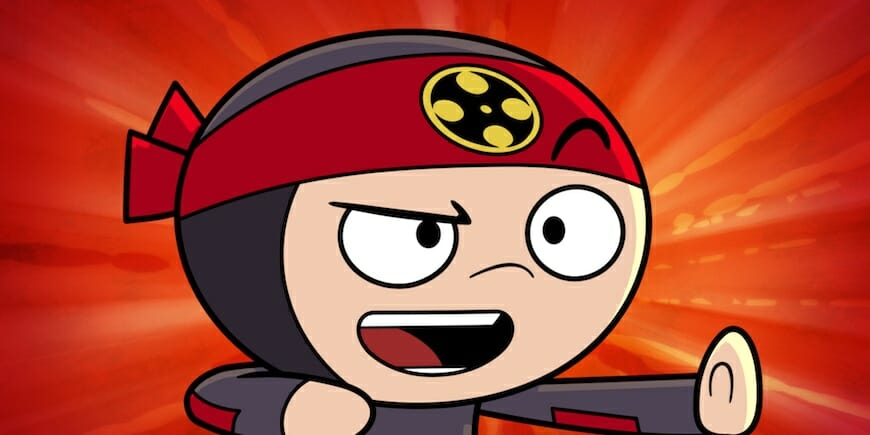 Top Animation News is a weekly column that rounds up the biggest, best and breaking stories from the world of animation. This edition covers September 28 to October 5, 2018.

1. Chop Chop Ninja premieres on Teletoon this weekend!
After launching on Teletoon in French last month, Chop Chop Ninja get its English premiere on the same broadcaster tomorrow (October 6). Produced by Sardine Productions in Toon Boom Storyboard Pro and Toon Boom Harmony, the children’s series follows the next generation of ninjas as they train and confront challenges together. A web game was also developed by Gamerizon, Chop Chop Ninja Academy, using many of the same Harmony assets created for the cartoon; it is available to play on the Teletoon website.

3. Channel Frederator Network announces $1 million creative fund
Another platform for animators to get project support is Channel Frederator Network. The YouTube-focused multichannel branch of the Frederator animation hub is offering its over-3,000 members the chance to access a $1 million creative fund. Those interested can pitch their projects to receive funding, with the company saying it hopes to help them “push the bar creatively”.

‘Toon’ into the Channel Frederator Network creative fund on “Tubefilter”.

5. Cartoon Movie 2019 is open for submissions
Speaking of European animators, one of the continent’s most prominent industry events, Cartoon Movie, has put out a call for submissions. Feature film projects must fit into one of three categories (in concept, in development or in production), have a minimum running time of 60 minutes, be at least 50 percent animation and be European, of course.

To review the regulations in-depth or submit a project, head over to Cartoon Movie.

6. The 10th annual CTN eXpo is next month
For the last decade, the Creative Talent Network (CTN) hosted the CTN eXpo in Burbank, California. Running November 15 to 18, the event will bring together the top 10 animation studios globally and over 300 leading artists for more-than 50 panels, sneak peek screenings, and networking and recruiting opportunities. The pre-con festivities start November, including a Toon Boom certification workshop. During CTN eXpo, attendees can win a Toon Boom Harmony licence as part of the “Ultimate Artist Package” raffle prize at the Artist Appreciation Night party.

Get the full CTN eXpo sneak peek on “Animation Magazine”.

7. Will Vinton, legendary claymation animator, has died
Oscar-winning claymation animator Will Vinton has died at age 70 after a 12-year battle with multiple myeloma. He met collaborator Bob Gardiner in the early 1970s and the pair went on to develop the stop-motion style in Portland. (Vinton actually coined the term “claymation”.) The duo won an Oscar for 1975 short Closed Mondays, but eventually parted ways. He founded Will Vinton Studios , which eventually became Laika after he lost a majority stake to Phil Knight. Vinton would go on to found another production company before retiring in 2008.

Explore Will Vinton’s life and career on “Variety”.

8. Brian Robbins announced as president of Nickelodeon
Awesomeness TV co-founder and Paramount Players head Brian Robbins has been named president of Nickelodeon. (All three companies are owned by Viacom.) Robbins is replacing Cyma Zarghami, who stepped down in June after 30 years at the company. He will oversee Nickelodeon’s creative and business operations. “With his unmatched credentials in kids’ entertainment and his firsthand knowledge of Nickelodeon, I have asked Brian to drive the innovation and transformation that will ensure the brand remains the dominant force with young audiences,” says Bob Bakish, Viacom president and CEO.

Head over to “Deadline” for more on Brian Robbins at Nickelodeon.

9. Netflix announces animated comedy Hoops
In today’s booming industry, it seems every week there is another animated series announced by a streaming platform. Netflix will play host to comedic cartoon Hoops starring Jake Johnson (New Girl). The series comes from creator Ben Hoffman (Archer, New Girl) and is will be executive produced by Phil Lord and Chris Miller (The Lego Movie). Hoops follows a hot-tempered, foul-mouthed high school basketball coach who thinks reforming his terrible team will take him to the top. Bento Box (Bob’s Burgers) will be in charge of animation.

Find out why Hoops is a slam-dunk-in-the-making on “The Hollywood Reporter”.

10. Manchester Animation Festival announces line-up
The United Kingdom’s largest dedicated industry event, the Manchester Animation Festival, runs November 13 to 15. Among the films being shown this year are 2018 Cristal Award winner Funan (created in Toon Boom Storyboard Pro and Harmony) and Tito and the Birds, a Brazilian masterpiece exploring the global culture of fear through a little boy’s eyes (also animated in Harmony). 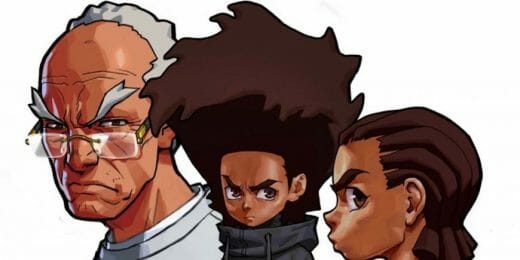 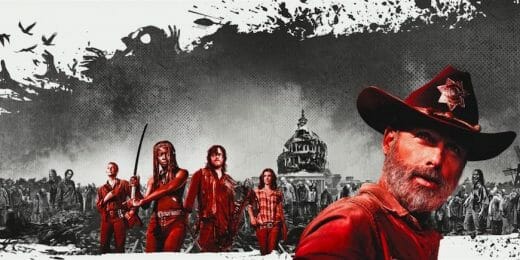