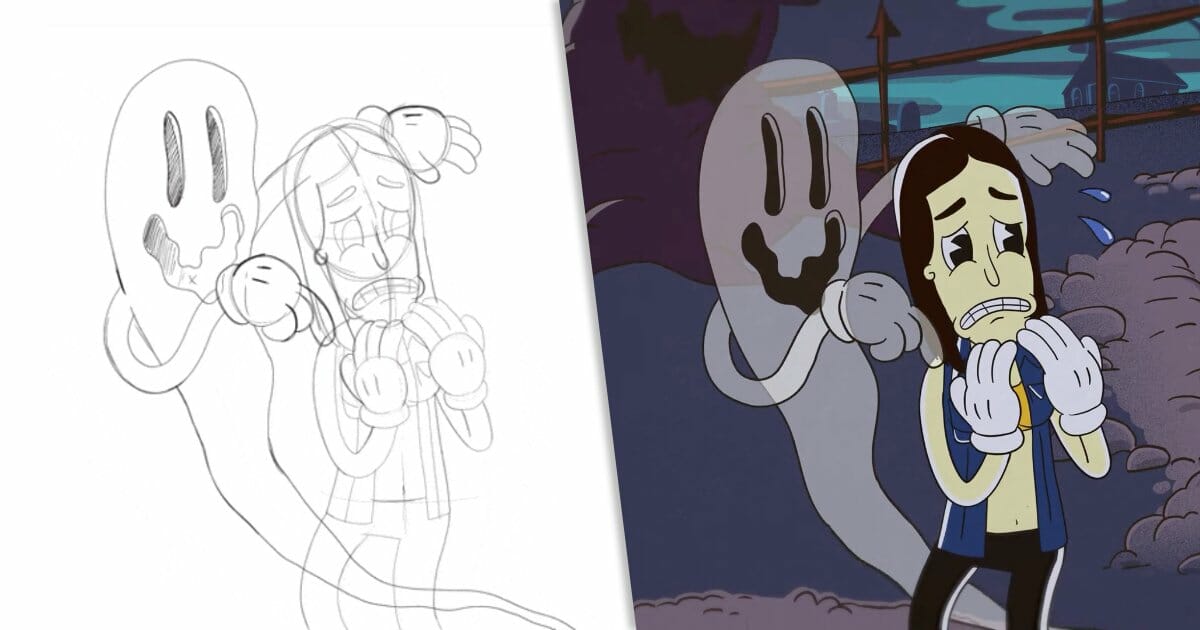 Greg Doble is a Montreal-based animator and illustrator who specializes in 2D animation. His shorts have been shown at Encounters, Third Culture, and the Toronto Animated Arts Festival. Greg teamed up with the all-women, doom-pop band, NOBRO — along with videographer Bobby León — to create a morbidly playful music video resembling the classic Fleischer Studios style.

Max and Dave Fleischer are often credited with sparking the 1930s animation design trend of jointless rubber hose arms, which curve instead of bending. Initially these arms had practical benefits, as joints introduce complexity and potential for errors, but their anatomical omission also allows characters to flow, twist and swing in ways that realistic limbs cannot move. This technique is periodically revived by animators throughout the years, both in direct homages to classic characters as well as in original shows, such as Adventure Time.

We spoke with Greg Doble about his work on this video as well as his collaboration with NOBRO. You can watch Don’t Die and unearth our full conversation below.

How did your collaboration with NOBRO come about?

The lead singer of NOBRO, Kathryn McCaughey worked at one of my favourite bars in Montreal. I work out of a home studio and every once in a while, after a long week, it could start to feel like the walls are closing in a bit. I found this particular bar to be the perfect place to grab a meal, a pint, and get some work done, while still getting that change of scenery that was needed.

While hanging out there, Kathryn and I got to chatting and we figured out that we’re both from Calgary. We happened to have gone to the same high school, one year apart. Small world.

I also learned that she played in a couple of bands around town and, as I was always there sketching, she learned that I did animation. We talked about how it would be cool to work on a project together in the future. About 4 years later, she called me up to let me know that her band wanted to do an animated music video! The rest is history.

What did the creative brief for the Don’t Die music video look like, and how much creative freedom did you have?

Kathryn and the band were amazingly open to any and all ideas. They wanted something animated and fun, something that could match the energy of the track. Other than that, they allowed me to dive in and take the project in whichever direction I could envision for it.

The creative brief was pretty close to what the finished video looked like: I pitched a vintage 1940s-looking animation that would take the band on a spooky adventure through a graveyard and into hell where they would witness a fiery guitar solo from satan himself. From the beginning, the video was planned to have both fully animated segments as well as a mix of live-action and animation.

We really enjoy the classic rubber hose animation. What sources inspired the visual development for this project?

When the band sent over the track I was listening to it over and over again to try and built up an idea. Around that same time, a Looney Tunes animation popped up as a recommended video on Youtube. As I was watching Bugs Bunny repeatedly blow up Elmer Fudd with TNT, it struck me that these cartoons struck a weird balance of playfulness and danger — a note that I thought might suit the song well.

I ended up watching the cartoon again on mute, allowing Don’t Die to play along with it. The match was perfect!

By any chance, was the video you saw Dynamite Dance? The new videos are pitch-perfect tributes to the classic Looney Tunes shorts.

Wow, good guess! I didn’t realize these were also done in Harmony.

Which scene from the music video was the most technically or artistically challenging, and how did you approach it?

For the sake of time, most of the animation was created with digital puppets but every once in a while a character animation would be drawn frame by frame. That’s always a time-consuming process, but one that I really enjoy. Some of the scenes where the angel and demon are flying around the band in the video footage were done with this technique as well as when the band is blowing up a zombie or bonking a reanimated skeleton with a giant mallet.

Did you learn anything new or run into unexpected challenges during the production process?

This project was my first time combining animated characters with video footage — it was a lot of fun! We worked with Montreal-based videographer Bobby Leon to shoot the studio scenes. The big learning curve there was figuring out how to organize a shoot.

On a good day I can barely figure out my own schedule, let alone that of a band, a videographer and a studio rental. Luckily everyone was a breeze to work with and it ended up being a blast. 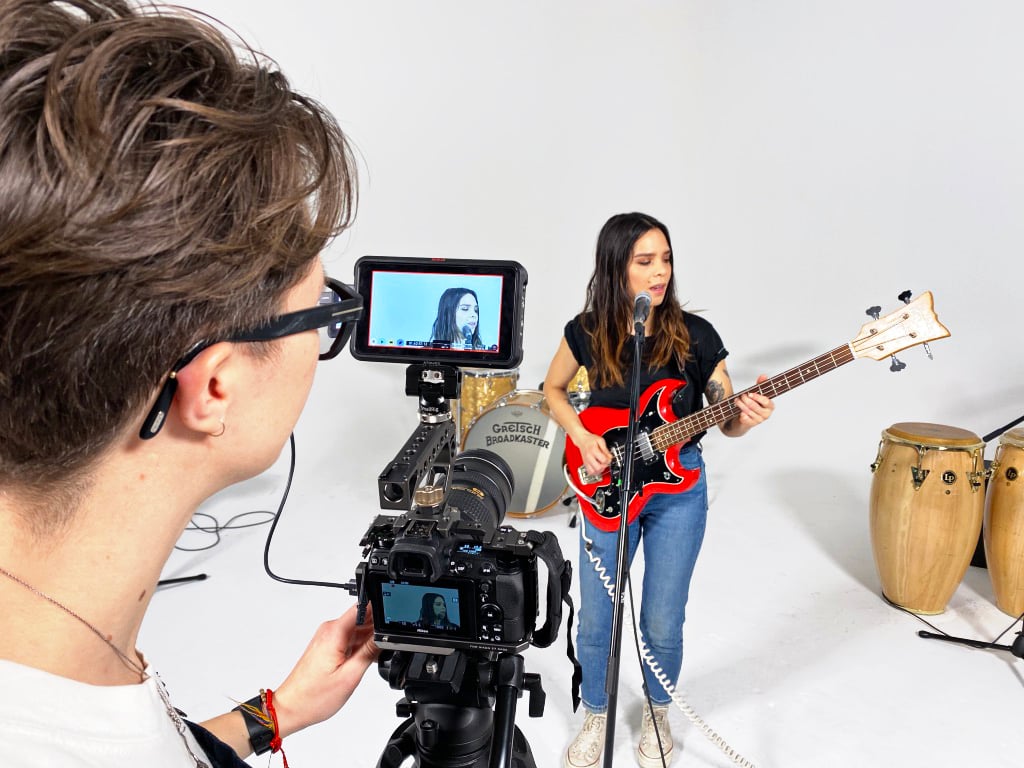 Were they features in Toon Boom Harmony that were particularly useful when you were working on this project?

Harmony has some intuitive character-rigging tools that were very helpful for this project. I’ve worked on a handful of television productions before and animating characters rigged in Harmony has always been such a treat.

For a smaller production such as this one, you don’t always have time to rig a character as neatly as you would for a tv show, but even simple deformers can go a long way towards bringing a scene to life on a time constraint. For instance, there’s a scene in the music video where the band ends up in hell, where satan is performing a rock show surrounded by all kinds of devils and demons. It was a bit of a daunting task to populate the bar with interesting characters and have them all moving. But often simple peg and deformer animation came to the rescue to keep a background full of character moving.

I was mostly using just a basic curve deformer. I know it’s not always the most elegant solution, but for those characters in a background where you need them just kinda bobbing along to the music, it works wonders.

What advice would you have for artists who are interested in working on music videos?

Start local! So many places have an amazing local music scene, and just like an animator who is just starting off and trying to get their work seen, local bands are often trying to do the same. It’s a great partnership!

If there is a band you are interested in, there is never any harm in trying to get a well-worded email over to them or their manager, and pitch your work. Maybe a band hasn’t considered presenting their music through animation, and getting that conversation rolling could be all it takes. 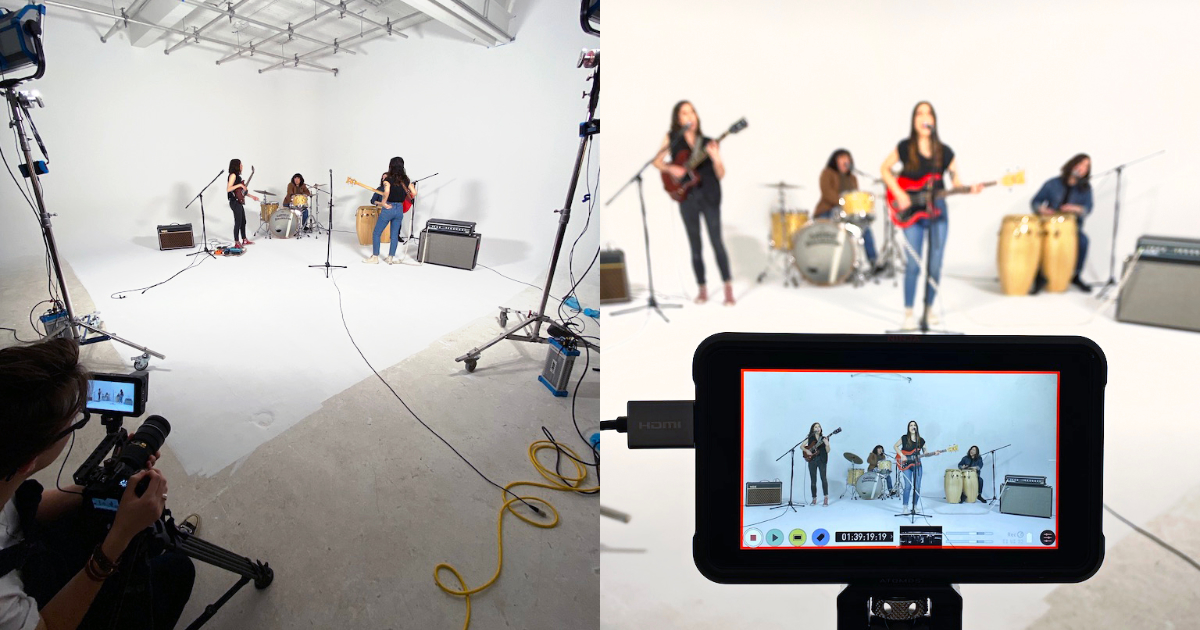 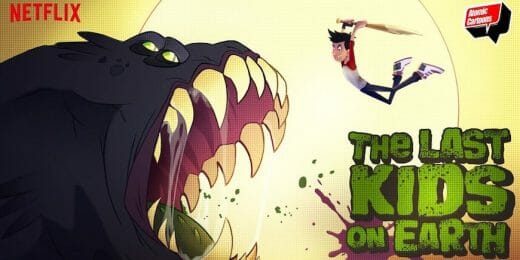 Top Animation News is a weekly column that rounds up the biggest, best and breaking stories from the animation industry. This edition covers March 8 to 1 ...