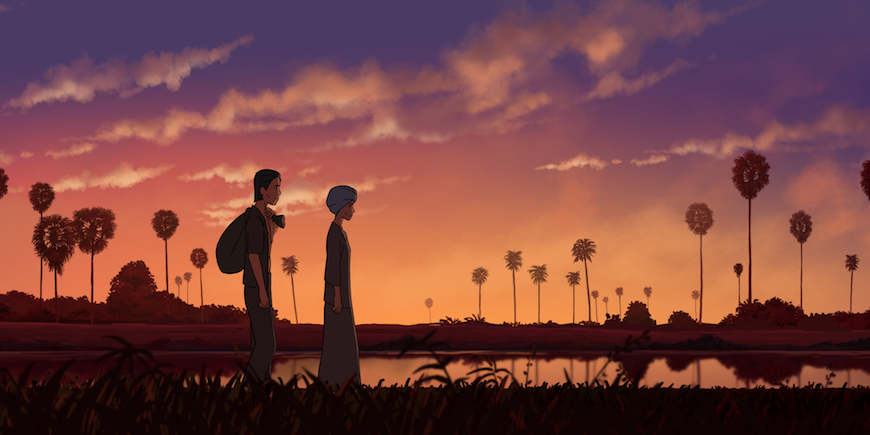 Top Animation News is a weekly column that rounds up the biggest, best and breaking stories from the world of animation. This edition covers October 19 to 26, 2018.

1. Funan wins grand prize at Animation Is Film Festival
After winning the Cristal Award at Annecy in June, director and screenwriter Denis Do’s Funan took home the grand prize and audience award at the Animation Is Film Festival last Sunday. Produced in Toon Boom Storyboard Pro and Toon Boom Harmony, the film is based on Do’s mother’s experiences in 1970s Khmer Rouge-era Cambodia. Jury chair Peter Debruge said, “Funan reminds us that animation can tell any kind of story. This versatile medium is by no means limited to fantastical or extraordinary subjects, but is in fact uniquely suited to incredibly personal ones as well.”

Find out more about Funan’s win at the Animation Is Film Festival on “The Hollywood Reporter”.

2. Oscars 2019: 25 animated features submitted
An international list of 25 animated features have been submitted for the Animated Feature Film category of the 2019 Academy Awards. With a record eight entries from Japan as well as Mexico, China, Taiwan, Hungary and Brazil (Tito and the Birds — produced in Toon Boom Harmony), it is an especially diverse selection for the Academy of Motion Picture Arts and Sciences to consider. The list also speaks to how global the animation industry has become, largely thanks to accessibility and improvements in education, technology and software.

3. The 2018 BAFTA Children’s nominees are here
The British Academy of Film and Television Arts (BAFTA) has released the nominee list for the 2018 British Academy Children’s Awards, to be presented November 25 in London. Traditional broadcaster BBC swept away the competition with 31 nominations. Streaming platform Amazon only had two, while Netflix and Sky Kids scored one apiece — a stark contrast with last year’s SVOD revolution. The Amazing World of Gumball was among the series with the most nominations (three) and was produced in Toon Boom Storyboard Pro.

Explore the full list of 2018 BAFTA Children’s nominees on “Kidscreen”.

4. Ed Catmull retires from Pixar and Walt Disney Animation Studios
Industry legend Ed Catmull will be stepping down from his roles as president at Walt Disney Animation Studios (WDA) and Pixar, a company he co-founded, at the end of 2018. While this marks the end of an era, he will remain at the two studios in an advisory capacity until next summer.

Head over to “Fast Company” for more on Ed Catmull’s retirement and career.

5. Special-needs superheroes take flight in Team Supreme
Freelance animator and Leonard Studios founder Joshua Leonard wants to use animation to save the day (and create a more inclusive world) through diverse, disruptive representation with Team Supreme — and he’s doing it in Toon Boom animation software. The series will follow a group of heroes with superpowers and special needs; the response has already been huge, with a single viral video about the IP hitting over six million views. “I was tired of cartoons with the same cliché storylines — I wanted to see and do something different,” says Leonard.

Read the full interview with Team Supreme creator Joshua Leonard on the blog.

6. CBS All Access launches into adult animation with Star Trek: Lower Decks
Star Trek is boldly going where CBS All Access has never gone before — namely, original animation. The streaming platform has ordered two seasons of Star Trek: Lower Decks from Rick and Morty head writer and executive producer Mike McMahan. The half-hour adult comedy will focus on support crew of one of Starfleet’s least-important ships and be produced by the network’s newly minted animation arm, CBS Eye Animation Productions.

7. Women in Animation announces WIA Diversity Award winners
The second annual WIA Diversity Awards will honour Michael Fukushima of the National Film Board of Canada, animation legend Brenda Banks and filmmaker Alex Widdowson (Music & Clowns) at the opening celebrations for SPARK Animation 2018 in Vancouver. Presented by Women in Animation (WIA) president Marge Dean, the prize was established to recognize individuals, films and organizations with a significant impact on growing diversity in the industry.

Get more details about the WIA Diversity Award winners on “Animation Magazine”.

8. Netflix renews Disenchantment for a second season
It seems Matt Groening has cast a spell on Netflix. His latest animated series, Disenchantment, has been renewed for 20 more episodes in addition to the 10 remaining from season one that are set to debut in 2019. Following an irresponsible princess and her best friends, an elf and demon, the new order will roll out over the course of 2020 and 2021.

Stream all the Disenchantment details on “IGN”.

9. Guillermo del Toro to direct Pinocchio reboot
Netflix has announced a feature reboot of Pinocchio helmed by Trollhunters’ director Guillermo del Toro. The stop-motion animation musical will be set in 1930s Italy during the country’s descent into fascism, and will have nothing to do with the classic Disney film. There is some speculation that this could be Netflix’s attempt at scoring an Oscar, given del Toro’s award-winning track record.

Venture over to “Wired” for more on Netflix’s Pinocchio reboot.

10. Major Chinese-Japanese companies partner for The Monkey Prince
Japanese anime studio Toei Animation and Chinese entertainment giant Bona Film Group are joining forces for animated film The Monkey Prince, inspired by the classic Sino tale Journey to the West. The goal is, “to create a magical film that embraces the power of anime style, a great Chinese legend and the universal appeal of Hollywood storytelling.” Announced at the Tokyo Film Festival on Wednesday, The Monkey Prince is being produced for English-speaking markets first.

Preview more on The Monkey Prince on “The Hollywood Reporter”. 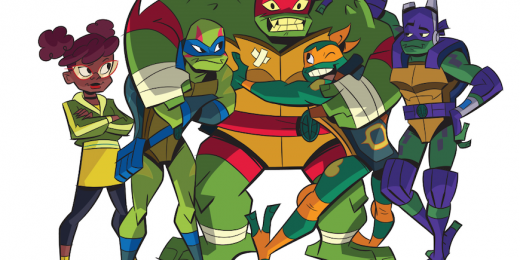 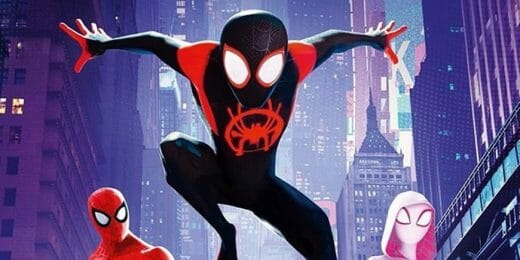