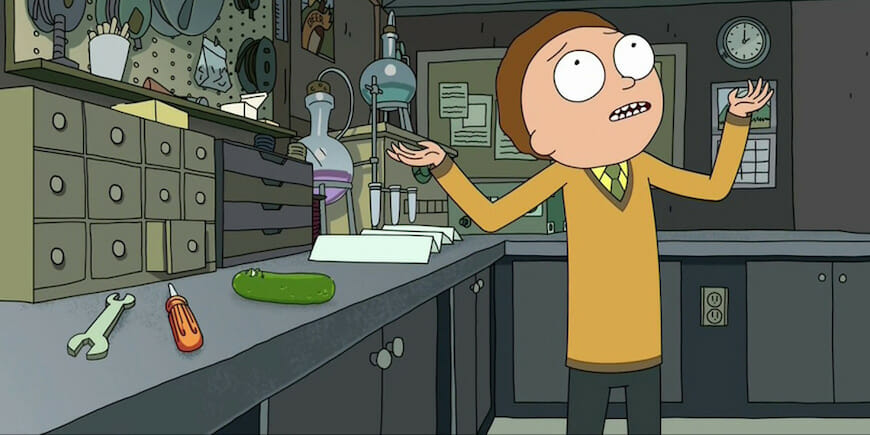 Top Animation News is a weekly column that rounds up the biggest, best and breaking stories from the animation industry. This edition covers September 20 to 27, 2019.

1. The Simpsons and Rick and Morty producer J. Michael Mendel passes away
Emmy-winning producer J. Michael Mendel died this week, aged 54. He worked on 207 episodes of The Simpsons and 22 editions of Rick and Morty, with the latter series’ co-creator Justin Roiland tweeting: “My friend, partner, and line producer Mike Mendel passed away. I am devastated. My heart breaks for his family. I don’t know what I’m going to do without you by my side Mike. I’m destroyed.”

Explore the life and career of J. Michael Mendel further on CNN.

2. OIAF 2019: How adult animation is growing up
Bento Box co-founder Joel Kuwahara and Ollie Green, VP of producer at Adult Swim, spoke on a panel about adult animation at the Ottawa International Animation Festival this week. The two addressed everything from how to pitch new projects to social progress and political correctness in comedy to being more inclusive of female creators. “You have to go to the shows, the festivals, and meet people, because this industry is about being proactive, knowing your goals and evolving. Just keep working,” advised Kuwahara.

Check out the full panel recap on Animation Magazine. 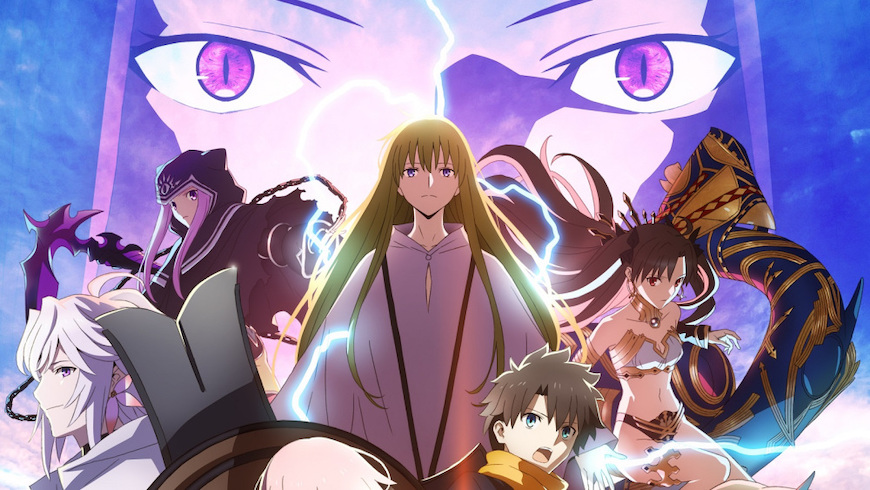 3. Sony combines Funimation and Aniplex to grow global anime streaming reach
A new joint venture will combine Sony Music Entertainment Japan’s Aniplex with Sony Pictures Television’s unit Funimation, all with the goal of boosting the company’s ability to stream anime globally. The new entity will operate under the Funimation name and operate across 49 countries and 10 languages. “Anime is a growing area of importance for us at Sony Pictures Television,” said Mike Hopkins, chairman of Sony Pictures Television. “By combining these businesses, we immediately increase our global reach and expertise in [subscription] VOD, theatrical, home video, merchandising, events and more.”

Explore all the Funimation anime joint venture details on Variety.

4. NBCUniversal announces Peacock streaming service
It feels like practically every week there’s a new streaming service being announced, with the latest being NBCUniversal’s Peacock. Set to launch in April, it will include over 15,000 hours of content from the conglomerate’s TV and film vaults as well as a much-anticipated reboot of The Office. Additionally, it also promises “premium original films and animated series” based on Universal and DreamWorks Animation properties.

Find everything you need to know about the NBCUniversal Peacock streaming service on Vulture.

5. GKIDS president David Jesteadt’s forecast for Weathering With You
American distributor GKIDS premiere Japanese director Makoto Shinkai’s Weathering With You (planned in Toon Boom Storyboard Pro) earlier this month at the Toronto International Film Festival, and will be giving it an Oscars-qualifying run before the end of the year. We spoke with the company’s president, David Jesteadt, about why he believes North American audiences will pour into cinemas to see the film, his predictions for the future of the anime industry and more. “[Weathering With You] is a film of ambition, of big themes and big ideas, with such an assured execution that shows advances still being made in the actual animation process,” said Jesteadt.

6. What’s next for Rebecca Sugar and Steven Universe?
With Steven Universe: The Movie having premiered earlier this month, many are wondering what’s next for Steven Universe and the series’ creator, Rebecca Sugar. She has made a name for herself not only for her incredible animation and direction, but also advocating for the LGBTQ community. When asked what’s next, Sugar tells Kidscreen: “I’m still very much focused on Steven Universe now and I’m not thinking about what my next project might be. But I would love to continue creating animation and music. I’m learning so much all the time because of Steven, and now I can move onto the next project with a better understanding of how to approach animation as a craft, how the industry operates and what’s missing.”

Think Rebecca Sugar is a gem? Head over to Kidscreen for her full profile.

7. The next Star Wars movie may be a Kevin Feige production
As Star Wars moves force-ward, a producer from a galaxy far, far away (i.e. the MCU) is getting involved: Kevin Feige, president of Marvel Studios. A longtime fan of the legendary Lucasfilm series, there may be an opportunity for him to develop the next phase after Star Wars: The Rise of Skywalker debuts on December 20. Having had massive success with Marvel, Disney is likely looking to Feige to send Star Wars into hyperdrive after a less-than-stellar fan and critic response to the recent Han Solo film. 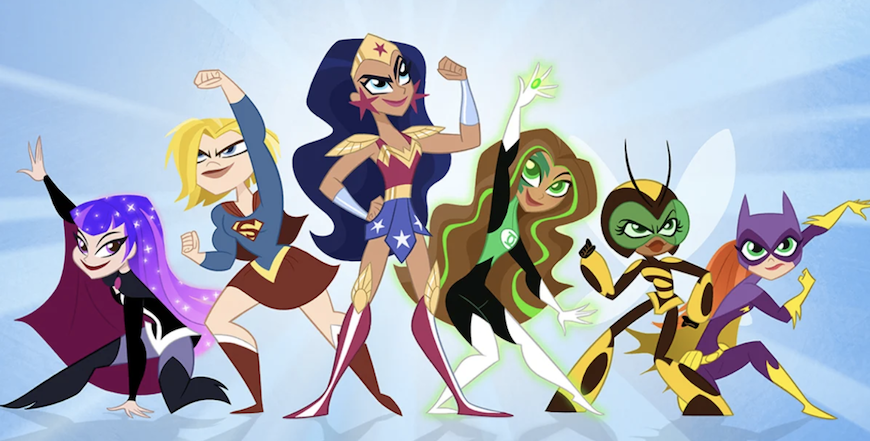 8. Jam Filled Entertainment is expanding to Halifax — and hiring!
Ottawa animation company Jam Filled Entertainment is expanding with a 10,000 sq. ft. studio in Halifax, Canada. The prodco currently creates series like The Loud House, Pinky Malinky and DC Super Hero Girls and will be hiring 2D positions at its new outpost. A statement on the Jam Filled website reads: “We’re looking for a crew to join us on this East Coast adventure! You’ll help build a new studio from the ground up, giving you the opportunity to move up the ranks much more quickly than you could at an already established studio.”

9. Introducing WildBrain, the former DHX
Canadian production company DHX has rebranded as WildBrain, including a new logo, website design and tagline: “Imagination runs wild”. “Rebranding as WildBrain embraces our commitment to creativity, imagination and innovation, and our 360° approach to brand management. For many years, our WildBrain group has been at the leading edge of the digital media business,” says Eric Ellenbogen, WildBrain CEO and vice chair.

10. Kazuko Nakamura, pioneering anime artist, dies
Japanese anime artist Kazuko Nakamura passed away aged 86 on August 3, though it was only just reported by the media this week. She was a pioneer in the Nippon animation industry at a time when women in animation were not given the same opportunities as their male counterparts. Nakamura’s career included working at Toei Douga (now Toei Animation), Mushi Pro and Tezuka Productions on films and series like Princess Knight and Kimba the White Lion.

Venture over to Crunchyroll for more on the incredible life of Kazuko Nakamura. 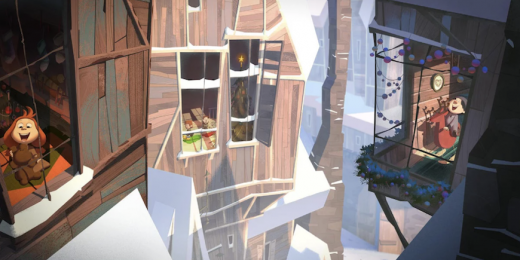 Top Animation News is a weekly column that rounds up the biggest, best and breaking stories from the animation industry. This edition covers December 27 ... 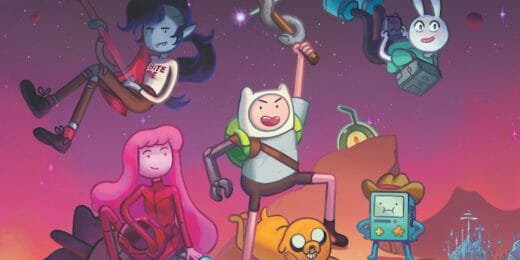 Top Animation News is a weekly column that rounds up the biggest, best and breaking stories from the animation industry. This edition covers October 18 t ...