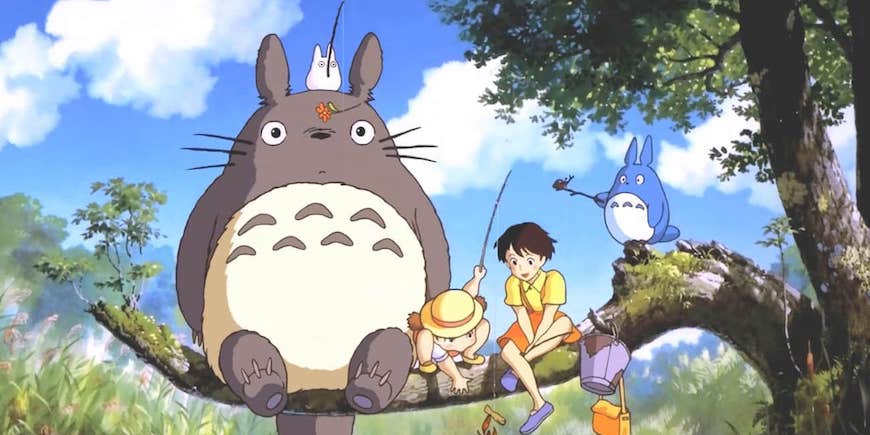 Top Animation News is a weekly column that rounds up the biggest, best and breaking stories from the world of animation. This edition covers September 21 to 28, 2018.

1. Brent Butt delivers the TAC keynote address at OIAF
The industry’s second-largest event, the Ottawa International Animation Festival (OIAF), was this week and Corner Gas Animated showrunner and star Brent Butt delivered the keynote address at The Animation Conference (TAC) closing event yesterday. Butt shared about his process bringing the cartoon continuation of his sitcom Corner Gas to life and was joined on the panel by his animation team, who addressed more technical questions. Corner Gas Animated was storyboarded in Toon Boom Storyboard Pro.

Couldn’t make it to OIAF? Read our interview with keynote speaker Brent Butt on the blog.

2. First look: 2019 Best Animated Short Film Oscar contenders
“Cartoon Brew” has compiled a list of the films that qualified for the Best Animated Short Film Category at the 2019 Academy Awards and it is a refreshing selection of experimental and innovative content — not to mention plenty of 2D animation. Among those in the running are Changyou’s Journey, a touching piece created by teen animator Perry Chen to honour his late father (with preproduction done in Toon Boom Storyboard Pro).

3. SCAD AnimationFest kicks off its second edition
There was another great animation event this week! SCAD AnimationFest, hosted by the Savannah College of Art and Design (SCAD), runs September 27 to 29. Animation is the largest degree at the school and the event connects students to industry professionals through panels, special preview screens and networking opportunities. Among the companies presenting is Adult Swim; the broadcaster and SCAD formed a special relationship via a shorts series largely produced in Toon Boom Storyboard Pro and Toon Boom Harmony.

Get the full story about those SCAD x Adult Swim shorts on the blog. 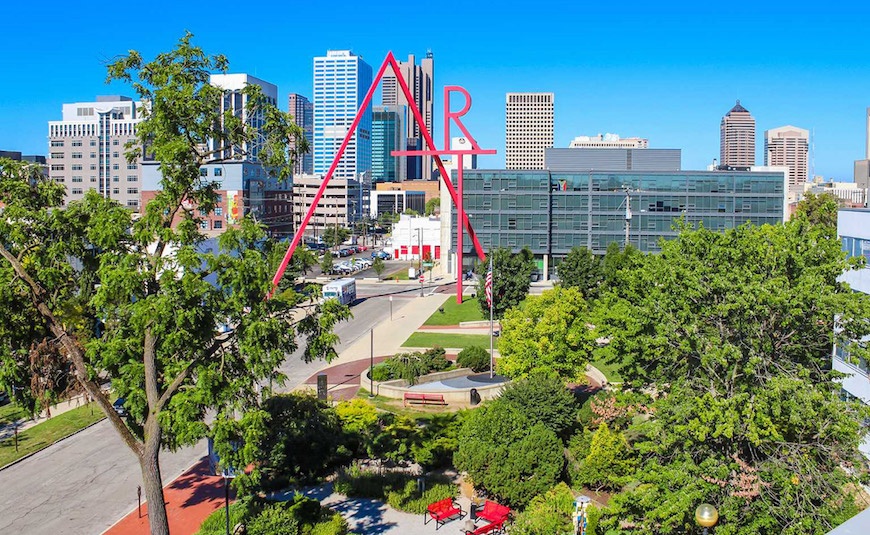 4. CCAD opens a new state-of-the-art animation centre
As the animation industry grows, schools are receiving more student applications than ever — and must expand and modernize their facilities to meet the demand. Among them is the Columbus College of Art and Design (CCAD), which just announced the $1.75 million Cloyd Family Animation Center, featuring a stop-motion lab, virtual-reality drawing stations and a digital drawing lab with touch-screen Cintiq displays. CCAD is a Toon Boom Centre of Excellence.

Learn all about the CCAD Cloyd Family Animation Center on “Columbus Underground”.

5. See Hayao Miyazaki try digital animation in new documentary
Legendary Japanese animator and Studio Ghibli cofounder Hayao Miyazaki is best known for his hand-drawn masterpieces like Spirited Away and My Neighbor Totoro. After announcing his retirement in 2013, he decided to continue his creative growth by trying digital animation for the first time, and his journey is entirely caught on film in Never-Ending Man: Hayao Miyazaki. The documentary sees the clash of old school and new technology as the master once again becomes the student. Never-Ending Man: Hayao Miyazaki will be released in North America by distributor GKids this winter.

Watch the Never-Ending Man: Hayao Miyazaki trailer above and read the full story on “Polygon”.

6. Kristen Wiig and Maya Rudolph get an animated comedy on Fox
Fox has given animated comedy Bless the Harts a straight-to-series order. Kristen Wiig, Maya Rudolph and Jillian Bell will star as broke Southerners trying to live the American dream of wealth and status. Bless the Harts will launch with a 13-episode first season, set to air in 2019. Coupled with Netflix’s Shion Takeuchi announcement last week, the news shows more content producers are investing in women in animation — both on-screen and in the studio.

Preview more details on Bless the Harts on “Variety”.

7. Xilam Animation reports 50-percent revenue growth
Celebrated French studio Xilam Animation announced 50-percent revenue growth in the first half of 2018, with 85 percent coming from new productions. This year, it has already delivered 37 half-hour programs and has received nearly 1.9 billion views of its programs on YouTube during the period, driven largely by the success of Oggy and the Cockroaches and Zig & Sharko. French animation is booming; Xilam aims to deliver 70 half-hour programs over full-year, many of which will be animated in Toon Boom software. 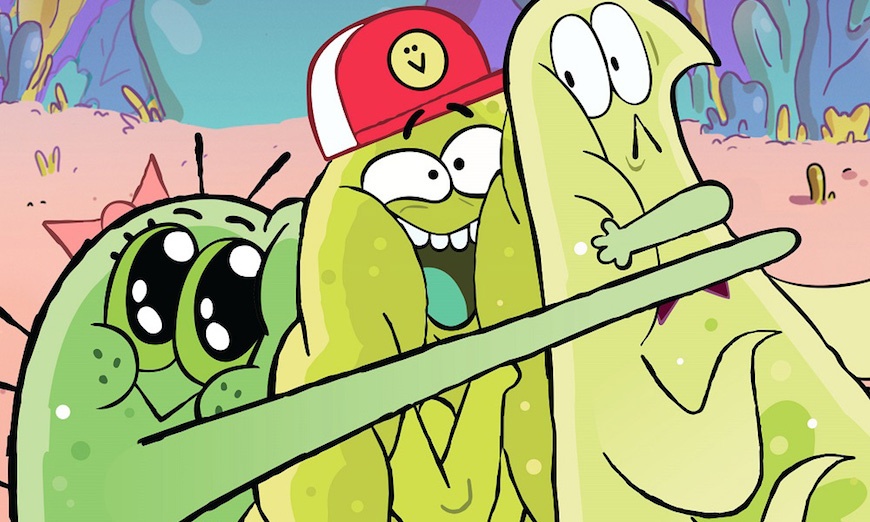 8. Squish continues its global domination.
Cottonwood Media’s animated comedic cartoon Squish continues to score international pre-sales, this time picking up broadcasters in Belgium (RTBF, VRT) and Israel (Hop TV). Produced in Toon Boom Storyboard Pro and Harmony, the 52 x 11’ series follows the lives of a group of school kids that just happen to be amoebas and is based on the bestselling graphic novels by Jennifer Holm and Matthew Holm. Squish is set to hit screens in early 2019.

Look into the microscope at Squish’s global pre-sales on “Animation Magazine”.

9. Hulu invests in more animation with Crossing Swords
Hulu has raised the stakes in the game of streaming platform cartoon content combat again, this time with a 10-episode series order for Crossing Swords. (It announced a deal with Rick and Morty’s Justin Roiland just last month). The stop-motion comedy comes from Robot Chicken executive producers John Harvatine IV and Tom Root, and stars Nicholas Hoult alongside Luke Evans, Seth Green and Breckin Meyer. Set to premiere on Hulu in 2020, it is being produced by Stoopid Buddy Stoodios.

Stream all the Crossing Swords details on “Deadline”.

10. The Academy hosts ‘Women in Indie Animation’ in New York City
The Academy of Motion Picture Arts and Sciences hosts monthly special events at New York City’s Metrograph theatre, with September’s edition being ‘Women in Indie Animation’. The evening featured short films and a panel with their creators, celebrated local animators Emily Hubley, Candy Kugel, Debra Solomon and Signe Baumane. When discussing the impact of technology on their craft, Kugel said, “I learned Photoshop and After Effects to layer paint and create textures, and ultimately embraced digital animation via Toon Boom. The whole thing is still being able to do the drawing and make the technology work for you.”

Check out more highlights from ‘Women in Indie Animation’ on “Animation World News”. 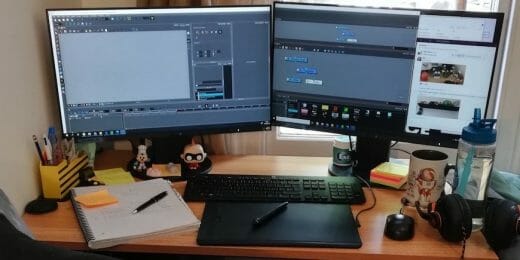 How five animation artists around the world are working from home

One the perks of being an animator or story artist is it is possible to work from almost anywhere. Prior to the current situation, many major animated fe ... 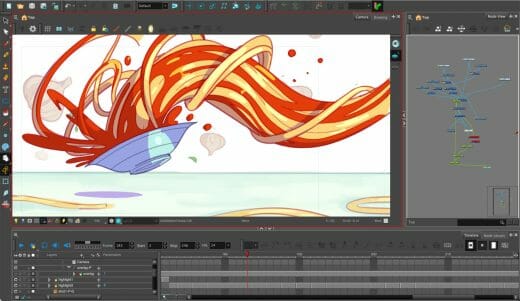 The Ingredients of Animation: Greg McMahon