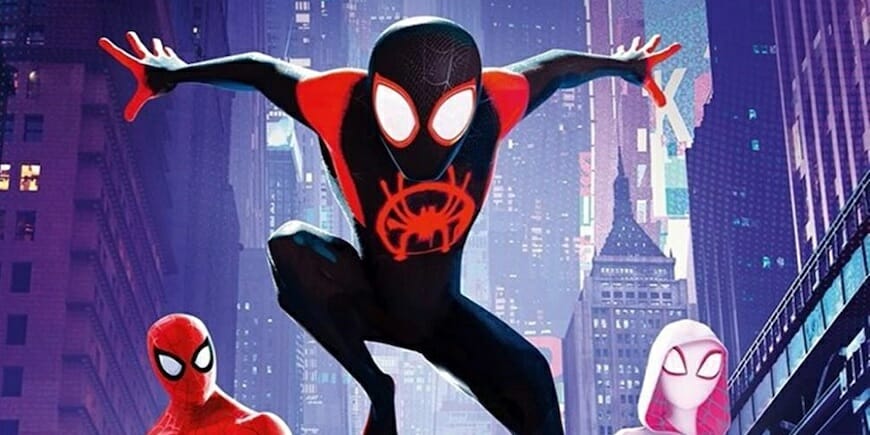 Top Animation News is a weekly column that rounds up the biggest, best and breaking stories from the animation industry. This edition covers February 22 to March 1, 2019.

1. Spider-Man: Into the Spider-Verse and Bao win animation Oscars
After winning nearly every other major prize this awards season, Sony Pictures Animation’s Spider-Man: Into the Spider-Verse took home the Best Animated Feature Oscar last Sunday, with producers Phil Lord and Chris Miller and directors Peter Ramsey, Bob Persichetti, and Rodney Rothman accepting it on-stage. This is the first time a non-Walt Disney Company film has won since Rango in 2012. While the House of Mouse didn’t win with Incredibles 2, Pixar short Bao (directed by Domee Shi) snagged the Best Animated Short Oscar.

Find out more about the 2019 Oscar animation winners on “Cartoon Brew”.

2. Cartoon Movie 2019: See the Tributes nominees
The finalists for the Cartoon Tributes 2019, Cartoon Movie’s (running March 5 to 7 in Bordeaux, France) awards, have been announced across three categories: Director, Distributor and Producer of the Year. Notably, French-Cambodian film Funan (produced in Toon Boom Storyboard Pro and Toon Boom Harmony), is nominated for two honours: Denis Do for Best Director and Les Films d’Ici, BAC Cinéma, Lunanime and ithinkasia jointly for Best Producer. Cartoon Movie will also be presenting the Eurimages Co-Production Development Award on the same evening as the Tributes, with eight features vying for its €20,000 cash prize.

For the full list of Cartoon Tributes 2019 nominees, head over to “Animation Magazine”.

3. Corn & Peg trots onto Nickelodeon March 4
Nelvana Studios’ Corn & Peg is set to hit Nickelodeon next Monday, March 4, as part of the Nick Jr. lineup. The 20-episode children’s cartoon follows BFFs unicorn Corn and pegasus Peg as they do good in the world, and is produced in Toon Boom Harmony animation software. Corn & Peg promotes empathy and kindness among kids alongside teaching them colours, math, directions, and health and wellness.

Gallop into the Corn & Peg details on “Toybook”.

5. Emma Thompson on why she can’t work for John Lasseter
British actress Emma Thompson delivered an open letter on why she left the animated feature Luck — backed by Skydance Media, who recently hired former Pixar and Walt Disney Animation head John Lasseter to lead its animation division. He left his previous post following allegations of sexual misconduct and became one of the most prominent names in the #MeToo and Times Up movements that swept Hollywood. Thompson’s letter addresses Skydance directly about their hiring of Lasseter.

6. Coming soon: Clifford the Big Red Dog feature film and television series
Beloved children’s book series Clifford the Big Red Dog is headed to the ‘barks-office’, with November 13, 2020, set as the release date for the upcoming live-action feature film about the 25-foot pooch and his young owner, Emily Elizabeth. Walt Becker (Alvin and the Chipmunks: The Road Chip) is attached to direct. A Clifford cartoon reboot is also in the works and is set to wag its way onto screens Fall 2019 on Amazon Prime and PBS Kids. Brown Bag Films in Dublin is producing the series in Toon Boom Harmony animation software.

7. OIAF 2019 submissions open
The Ottawa International Animation Festival (OIAF) 2019 has opened up submissions for this year’s event. The deadline for entry forms and film URLs is Friday, May 31. Held in Ottawa, Canada’s capital city and an animation hub, OIAF has become North America’s leading toon film festival. Last year, its competition selected 110 entries from a total of 2,469 originating from 84 countries.

8. Study shows Japanese anime working conditions
Recent research by the Japan Animation Creators Association offers insight into the anime industry’s working conditions. Notably, the average salary is around $40,000 and the mean amount worked is 9.66 hours daily (down from 11.03 in 2015). The majority of Japanese anime professionals are freelance (50.5 percent), though 68.3 percent still head in to production companies.

Get the full Japanese anime working conditions snapshot on “Kotaku”.

9. How to Train Your Dragon: The Hidden World soars to the top of the box office
Universal and DreamWorks’ animated sequel How to Train Your Dragon: The Hidden World took the top spot at the North American box office last weekend with $55.5 million, giving it the biggest opening of 2019 so far. It has also taken in around $216 million internationally, making it a huge hit for the studio. Another animated film, The Lego Movie 2: The Second Part, scored the third spot at the domestic box office — a strong sign of audiences’ continued demand for toon content.

Head over to “Variety” for more on How to Train Your Dragon: The Hidden World’s box office performance.

10. Facebook Watch announces new adult animated comedy, Human Discoveries
Millennial stars Zac Efron and Anna Kendrick will star in Facebook Watch’s new adult animated comedy, Human Discoveries. Created by Chris Bruno and David Howard Lee, it will launch later in 2019 and follows a group of Stone Age friends who are the first to discover necessary innovations like fire and the wheel alongside some of our species’ more questionable inventions including alcohol, racism and small talk.

Do you work with traditional paperless #animation? In this course, @ganklin covers tools for keeping your inbetween animation on-model. https://t.co/oKM3uTxDiH #AnimationStudent pic.twitter.com/QyrmHx3BSE

Do you have a film for #OIAF19? Make sure you are registered at https://t.co/txWoeGcTmx and get ready to submit your entries on March 1st!

Question: how do you all format your storyboards before posting them on your portfolio cites? 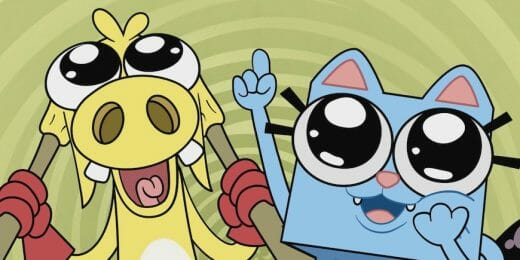 Mind’s Eye Creative brings MooseBox to life in Toon Boom Harmony African animation is moving from the periphery and coming into focus: the Nigerian gov ... 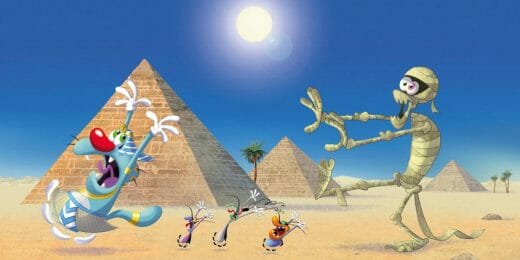